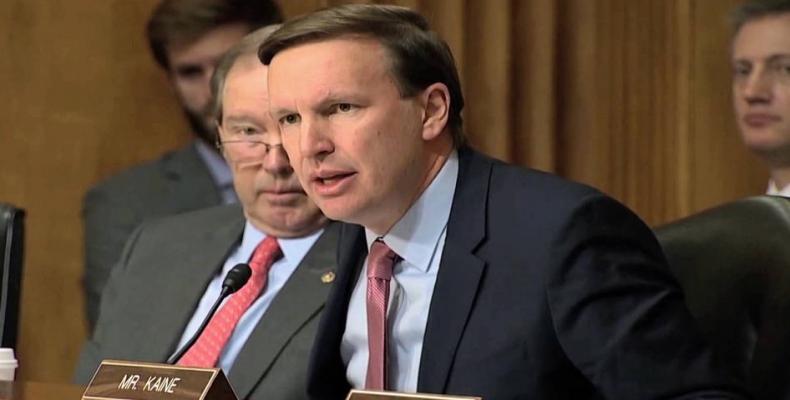 Washington, November 15 (RHC)-- The U.S. Senate Foreign Relations Committee is holding hearings to review President Donald Trump’s power to start a nuclear war.  The committee’s chair, Republican Senator Bob Corker, says the hearing is the first time since 1976 that the House or Senate has examined the president’s authority to launch a nuclear first strike.

The hearings come after Senator Corker questioned whether Donald Trump is mentally fit to be president.  Trump has repeatedly threatened to “totally destroy” North Korea and to unleash “fire and fury” on the nation of 25 million people.

During testimony on Tuesday, Pentagon leaders told the Senate panel they would ignore any unlawful order by the president to launch a nuclear strike.

Connecticut Democrat Chris Murphy said: “We are concerned that the president of the United States is so unstable, is so volatile, has a decision-making process that is so quixotic, that he might order a nuclear weapon strike that is wildly out of step with U.S. national security interests.”