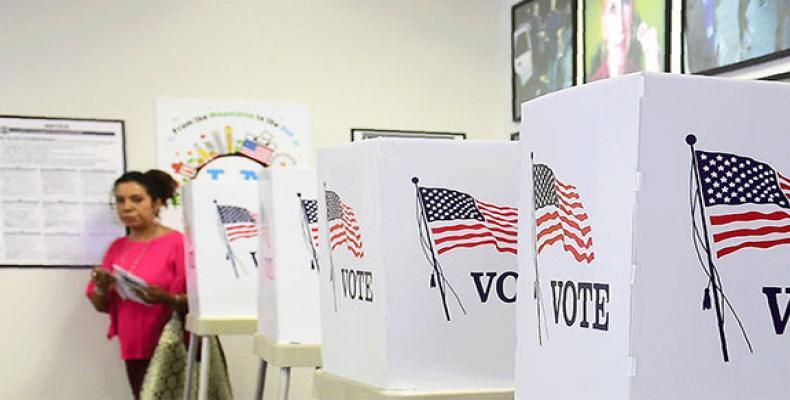 Washington, November 7 (RHC)-- In the United States, the Democratic Party has taken control of the House of Representatives, while the Republicans expanded their grip on the Senate in Tuesday’s midterm elections.

With some 20 House races yet to be called, Democrats have clinched a House majority for the first time in eight years, picking up more than the 23 seats they needed to retake the House.

And Tuesday's elections were also historic for women, particularly women of color.  For the first time in the nation’s history there will be more than 100 women in the U.S. House of Representatives.  Among them were Deb Haaland in New Mexico and Sharice Davids in Kansas, who made history by becoming the nation’s first Native American congresswomen.  Rashida Tlaib in Michigan and Ilhan Omar in Minnesota became the first Muslim women elected to Congress.  And in New York City, 29-year-old Democratic Socialist Alexandria Ocasio-Cortez has become the youngest woman ever elected to Congress.