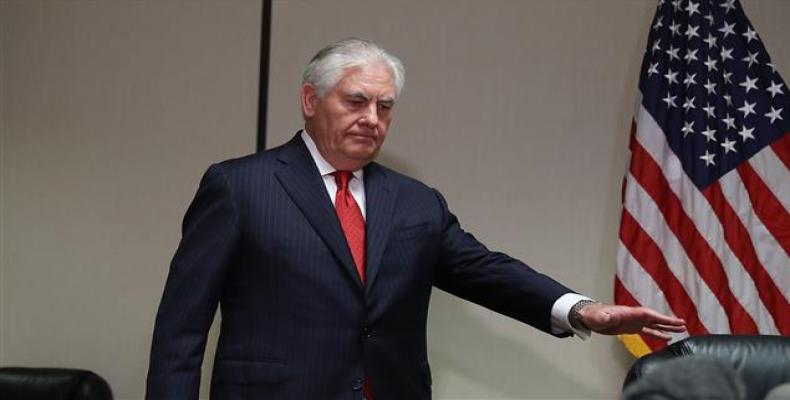 Washington, November 28 (RHC)-- In the United States, more than one hundred senior Foreign Service officers have left the State Department since President Donald Trump took office, in what appears to be a forced exodus carried out by Secretary of State Rex Tillerson.

Among those to have departed was the State Department’s chief of security, Bill Miller, who left after Tillerson repeatedly refused to meet with him.  Miller was one of the most powerful people at the State Department.  Yet he was reportedly forced to cite a law requiring him to be allowed to speak with the Secretary of State before Tillerson was willing to meet with him for five minutes, leading Miller to resign.