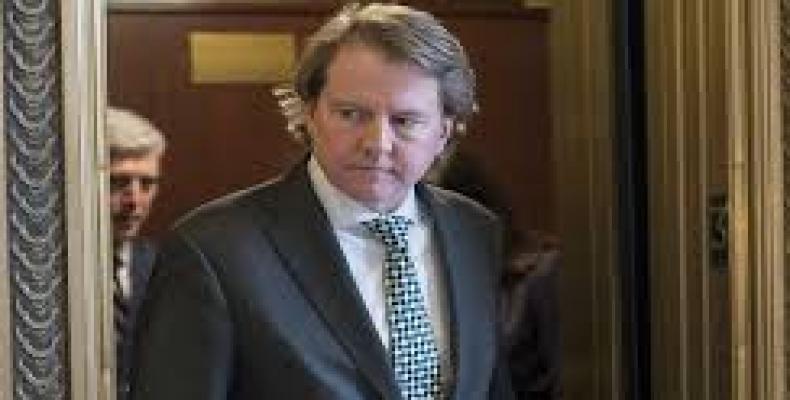 Washington, November 28 (RHC)-- James Schultz, a White House ethics lawyer, has stepped down after spending nearly a year working on financial disclosure issues, according to a report.  Schultz said he had discussed his resignation with White House counsel Don McGahn “very early on,” Politico reports.

"I was interested in continuing with private practice and saw this as a tremendous opportunity to go serve and get things up and running and the plan was to move on about this time."  Schultz also said he would be willing to take part in the public debate about conflicts of interests in the administration of President Donald Trump.

Schultz plans to return to law firm Cozen O’Connor in Philadelphia, where he worked prior to his White House post.  He claims his resignation had nothing to do with alleged ethics violations of members of the Trump administration, including White House counselor Kellyanne Conway and Jared Kushner, the president’s son-in-law and senior adviser.

Schultz also took a shot at Walter Shaub, the former director of the Office of Government Ethics, who said last week he had filed a complaint with the Office of Special Counsel over Conway's comments on the Alabama Senate race.  Shaub said Conway's remakes about Republican nominee Roy Moore's Democratic challenger Doug Jones may be a violation of the Hatch Act, which bars federal employees from getting involved in elections.

During a recent Fox News interview, Conway said: "I just want everybody to know Doug Jones, nobody ever says his name and they pretend that he’s some kind of conservative Democrat in Alabama and he’s not.”  Shaub previously accused Trump of "profiting from the presidency," saying the United States under his watch was close to becoming “a laughingstock."