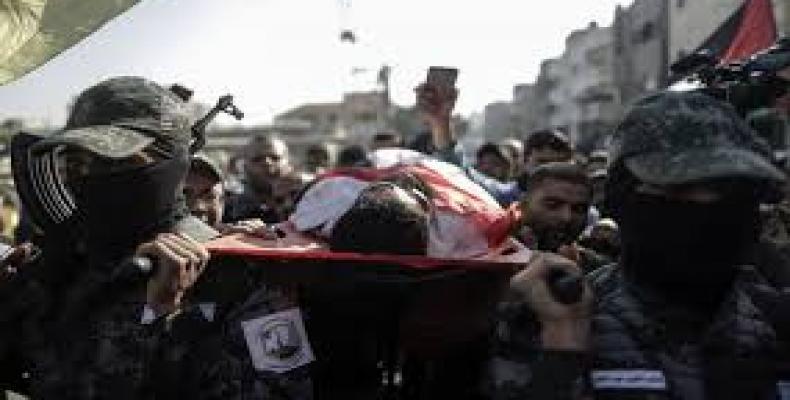 United Nations, December 20 (RHC)-- The UN's human rights chief has expressed shock over the killing of a wheelchair-bound Palestinian protester in Gaza by Israeli security forces, calling for an independent probe into the incident.

Ibrahim Abu Thuraya, 29 years old, was killed during the Day of Rage rallies against U.S. President Donald Trump’s decision to recognize Jerusalem as Israel’s capital. Thuraya had lost his legs during the 2008 Israeli aggression that killed hundreds of Palestinians in Gaza Strip.

In a Tuesday statement, UN High Commissioner for Human Rights Zeid Ra'ad Al Hussein said Trump's "dangerously provocative" decision incited the violence. Hussein said Abu Thurayeh -- who was seated in a wheel-chair -- appeared to have been shot in the head when he was 20 meters from the fence separating Gaza from Israel. Video footage shows Abu Thurayeh carrying the Palestinian flag and waving the victory sign at Israeli soldiers.

"Given his severe disability, which must have been clearly visible to those who shot him, his killing is incomprehensible - a truly shocking and wanton act," the statement pointed out. Apart from Thurayeh, four other Palestinians were killed by Israeli fire and dozens more wounded during the Friday clashes across the West Bank and near Gaza's border.