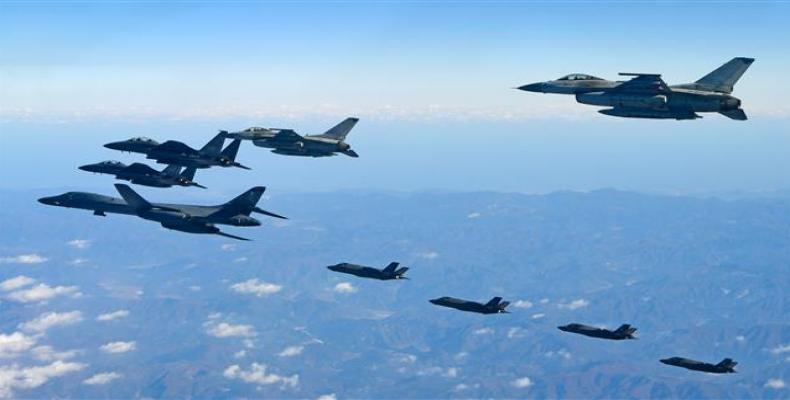 Seoul, Feb 27 (RHC)-- The United States and South Korea have reportedly planned to announce new joint military exercises after the Winter Olympics in Pyeongchang.  “The exercise was postponed according to the spirit of the Olympics,” said South Korea Defense Minister Song Young-moo.  “We have agreed to uphold the basis until after the Paralympics... and not to confirm nor deny anything regarding what we would do after that until we announce it.”  The two countries had agreed earlier to delay joint military exercises until after the Winter Olympics in February.

In a major diplomatic overture to Seoul, North Korea’s leader, Kim Jong-un, invited President Moon Jae-in of the South for a visit after senior officials of the two Koreas held rare top-level talks on the sidelines of Winter Olympics which took place from February 9-25 in Pyeongchang.

Meanwhile, North Korea has described the joint drills as an act of aggression.  “It is a provocative act of chilling the active efforts of the DPRK and enthusiasm of the international community to defuse tension and create a peaceful environment,” the Korean Central News Agency wrote in an editorial, according to Reuters.

The situation on the Korean Peninsula has been tense due to Pyongyang’s development of its nuclear and missile programs, which the North views as a deterrent against potential foreign aggression by the South’s allies, particularly the United States.  North Korea has been the target of harsh international sanctions for its military program.  The tensions have seen a sharp rise under U.S. President Donald Trump, who initiated a war of words with the North Korean leader after taking office in January 2017.