Peru's new president says he will focus on stability 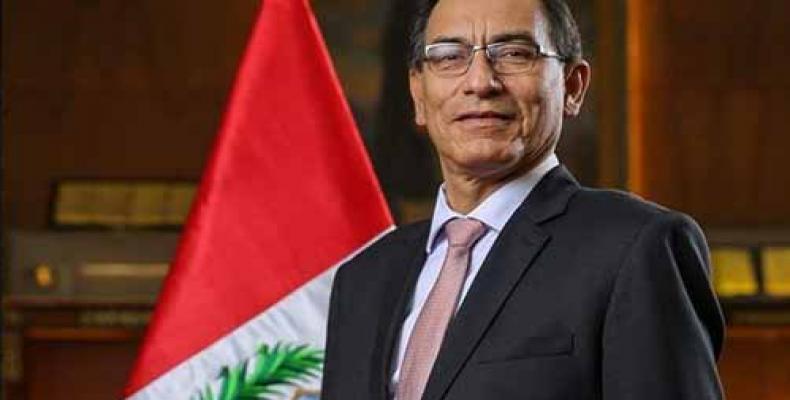 Lima, March 24 (RHC)-- The aim of the new Peruvian government will be to restore public confidence in institutions and stabilize the economy, Martin Vizcarra said on Friday in his first words as president following the resignation of Pedro Pablo Kuczynski.

"Our economic project will take Peru along the path of credibility and stability," he told Congress after taking the oath of office, adding that his administration will "hold on to what is working well, modify what can be improved and undertake what has not been done so far."

"Education will be a central pillar" of his administration, he said, adding that he defines economic development as "improvement in the quality of life of each and every Peruvian."

He arrived in Lima from Ottawa on Thursday, a day after Kuczynski offered his resignation as Congress was preparing to vote on impeachment for the second time in four months.