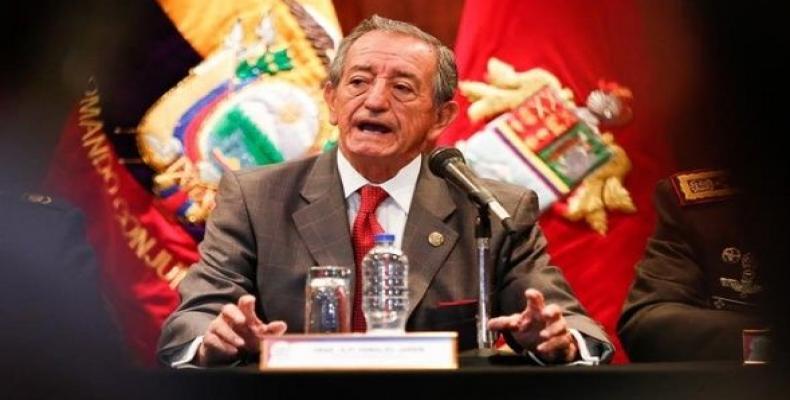 Quito, May 22 (RHC)-- U.S. Deputy Assistant Secretary of Defense Sergio de la Peña arrived to Ecuador for a two-day visit aimed at strengthening bilateral relations and security cooperation between the two countries, as reported by the U.S. Embassy in Quito.   De la Peña will meet with Oswaldo Jarri, Ecuador's defense minister, to deal with the Latin American country's recent security problems on the border with Colombia, its northern neighbor.

Border security has been a major concern for Ecuador in the last few months, as several violent attacks had taken place at the country's border with Colombia. A group, led by a man known as “Guacho,” have allegedly killed four soldiers and injured about 30 people in bomb attacks.

The group also kidnapped a group of three journalists, who were doing a special coverage of the region's violence for the El Comercio newspaper, based in Quito, who were later murdered in controversial circumstances.  “Guacho” claimed their execution was a response to military landing near their encampment where the three hostages were being held.  "With the visit of U.S. Deputy Assistant Secretary of Defense Sergio de la Peña we give another important step in boosting our security cooperation," said Todd Chapman, U.S. Ambassador in Ecuador.

De la Peña was appointed as deputy assistant for Latin American affairs by U.S. Defense Secretary James Mattis on May 2017, and has been a strong supporter of President Donald Trump and his policies.  He's also in charge of cooperation programs for both the Northern and Southern Commands.

On April 25, Ecuador signed a cooperation agreement with the United States to fight transnational organized crime and drug trafficking.  The agreement, signed by Ecuadorean Interior Minister Cesar Navas and U.S. ambassador Todd Chapman, will support the creation of an Office for Investigating Transnational Criminals.

On the same day, Chapman told El Telegrafo the U.S. is waiting for an “official request” by the Ecuadorean government for the return of a U.S. military team in charge of cooperation in security that was expelled from the country in 2014.

Ecuadorean President Lenin Moreno’s move is a further shift away from the policies of his predecessor and former ally, Rafael Correa, who has criticized and refused to participate in the U.S.-sponsored Plan Colombia, arguing peace is not obtained with helicopters and weapons but rather by promoting economic and social development.  During his presidency, Correa also closed down a U.S. base and expelled all U.S. troops from the country, saying that they had infiltrated the country's intelligence and military in service of Washington interests.

Many have criticized the Plan Colombia and the wider U.S. “war against drugs” for producing more violence rather than de-escalating conflicts and finding negotiated ways out.  Moreno’s detractors fear these actions will generate more violence as it has done in Colombia, Mexico and Central America over the years.