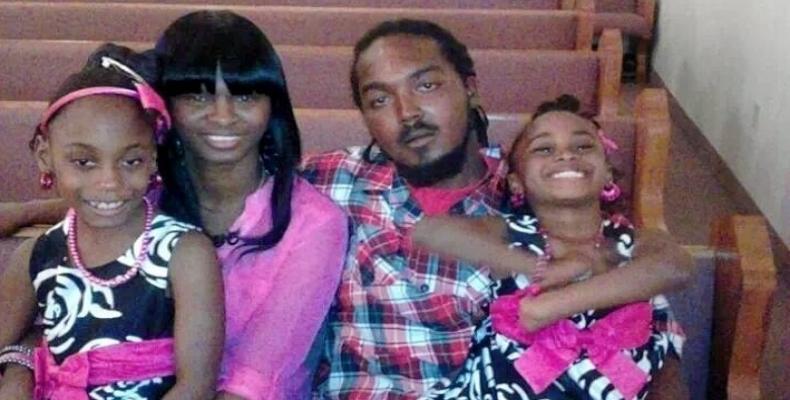 Miami, June 4 (RHC)-- In the United States, the family of a Black man who was killed by a Florida deputy is baffled after a jury awarded them four cents as compensation for his death.

Jurors in Fort Pierce determined that St. Lucie County Sheriff’s deputy Christopher Newman had not used excessive force when he shot Gregory Hill three times during a confrontation in 2014, and that Sheriff Ken Mascara had been a bit negligent, according to The New York Times.

The jurors determined that Hill was 99 percent responsible for his own death because he was drunk when he was shot by Newman who was responding to a noise complaint.

The estate was awarded four dollars, but the family would only get one percent of that... a grand total of 4 cents.  John Phillips, the family’s lawyer, told The New York Times that a judge would reduce the award to nothing because of the jury’s ruling.

The incident occurred in January 2014 after one of Hill’s neighbors heard loud music coming from his garage.  Newman and Deputy Edward Lopez responded and when Hill opened the door, police claimed Hill was holding a gun and was ordered to drop it, according to The New York Times.

At some point the door was closed and Newman fired his weapon four times, hitting Hill in the head once and in the abdomen twice. A SWAT team eventually opened the door to find Hill dead.  A gun was found in Hill’s back pocket but it wasn’t loaded.

Gregory Hill left a wife and two daughters.  The family's attorney, John Phillips, said: “That a black child’s pain is only worth four cents is exactly the problem with the plight of the African-American right now.”  And the attorney added: “This says Black lives don’t matter.”