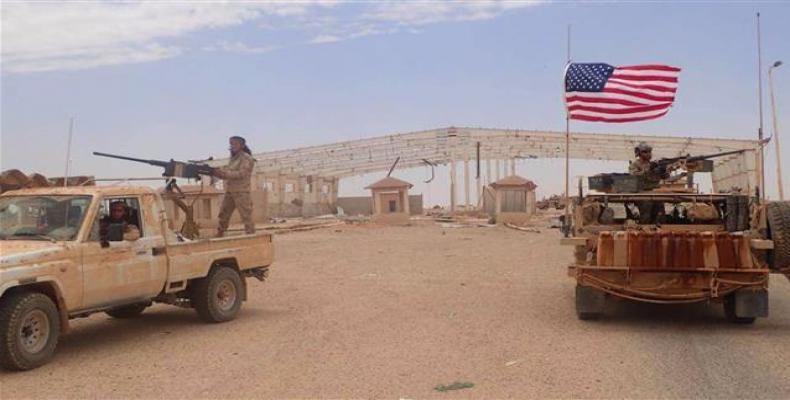 Washington, June 28 (RHC)-- A military expert at a diplomatic school run by the Russian Foreign Ministry says the Pentagon is training dozens of Takfiri terrorists at 19 military camps inside war-ravaged Syria.

Vladimir Kuzin with the prestigious Moscow State Institute of International Relations said the camps were receiving weapons, munitions, fuel, food and other supplies from 22 U.S. military bases outside Syria, and that Americans were training terrorists at their al-Tanf military base in the south of Syria, RT Arabic television news network reported.

He added that the U.S. military had closed the airspace over this region within a radius of 50 kilometers, without obtaining any approval from the Damascus government.  Kuzin then pointed out that Washington's military and technical support to terrorist and armed groups was in contravention of the UN Charter, and contradicted agreements to stop the escalation of the Syrian crisis.

He stressed that Washington supported terrorists in a bid to maintain its influence in the political and military arenas of Syria.

Late last year, Chief of the General Staff of the Russian Armed Forces General Valery Gerasimov told Russia's Komsomolskaya Pravda daily in an exclusive interview that the U.S. had turned its military base near the town of al-Tanf in southeastern Syria into a training camp for terrorists.  "According to satellite and other surveillance data, terrorist squads are stationed there.  They are effectively training there," he commented.

Gerasimov also accused the U.S. of using a refugee camp outside the town of Shaddadah in Syria's northeastern Hasakah province as a training center for Daesh remnants, including those evacuated from the terror outfit's former stronghold of Raqqah.