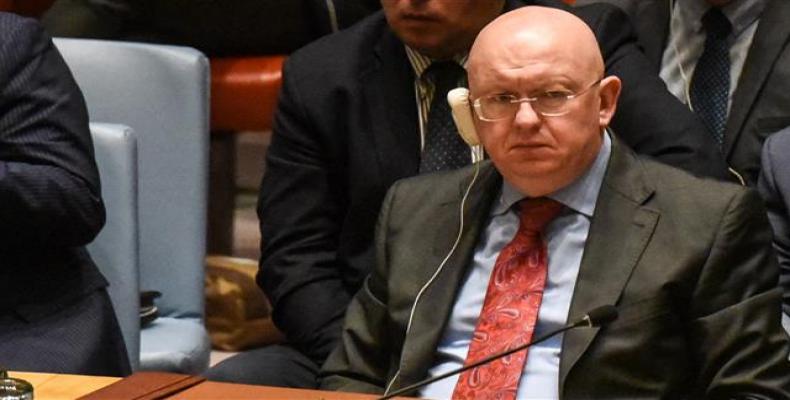 United Nations, November 30 (RHC)-- Russia's Ambassador to the United Nations, Vassily Nebenzia, has accused the U.S. and its allies of trying to partition Syria by setting up local governing bodies in areas seized from terrorists, according to Russian media.  Nebenzia said that the U.S.-led coalition in Syria was discussing measures to restore the country's economy with the local governments instead of the Syrian government.

"What the coalition is doing amounts to concrete steps to partition the country," the official was quoted as saying at a United Nations Security Council session.

Russia has been conducting air raids against Daesh and other terrorist groups inside Syria at the Damascus government’s request since September 2015.  On the contrary, the U.S. and its allies have been running a military campaign against purported terrorist targets in Syria since September 2014 without a mandate from the United Nations or Damascus, while backing militants fighting to topple the government of Syrian President Bashar al-Assad.

The U.S. airstrikes have on many occasions resulted in civilian casualties and failed to fulfill their declared aim of countering terrorism.  Despite the Western hostilities, however, Syria has been able to recapture most of its terrorist-held lands with military advisory support from Iran and Russia.

Elsewhere in his remarks, Nebenzia said that the current aid distribution system in Syria was also undermining the Arab country's "sovereignty."