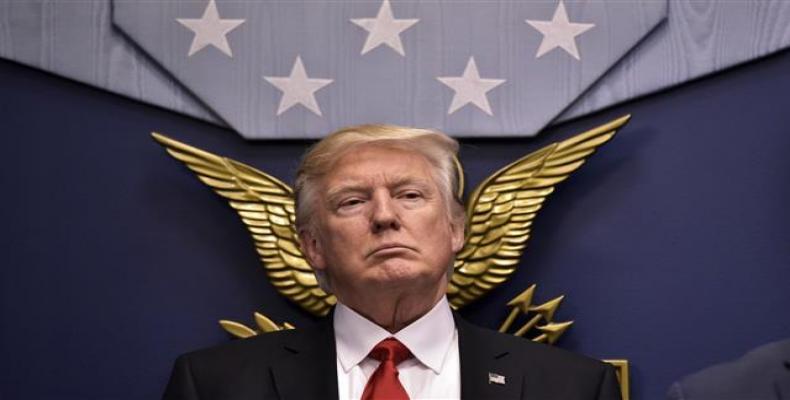 Washington, August 20 (RHC)-- U.S. President Donald Trump has accused social media of "totally discriminating" against Republicans and conservatives, arguing that the platforms should allow both "good and bad" voices to be heard.

"Social Media is totally discriminating against Republican/Conservative voices," Trump tweeted on Saturday.  "Speaking loudly and clearly for the Trump Administration, we won't let that happen. They are closing down the opinions of many people on the RIGHT, while at the same time doing nothing to others."

....Too many voices are being destroyed, some good & some bad, and that cannot be allowed to happen. Who is making the choices, because I can already tell you that too many mistakes are being made.  Let everybody participate, good & bad, and we will all just have to figure it out!
Donald J. Trump (@realDonaldTrump) August 18, 2018

Trump waded into the fray as there is a growing debate on the role of social media in policing content online.

Observers point out that there is absolutely no evidence that social media companies are discriminating against conservatives.  But Trump and Republicans continue to press this point anyway.

There is no evidence to support this claim. Social Media is not silencing conservatives, just hate speech and xenophobia. You are just trying to use this as a tool to promote conspiracy theories for support. Your administration is a total farce.
Christopher Zullo (@ChrisJZullo) August 18, 2018

Facebook, Twitter and several other platforms have in recent weeks curbed or banned accounts of controversial right-wing host Alex Jones, whose radio show Trump appeared on during the 2016 presidential campaign.

Twitter has imposed restrictions on InfoWars over promoting use of "battle rifles" against liberal activists.

In his tweets, Trump said it was "absolutely impossible to police" the sites, but reiterated that mainstream news organizations critical of him and his administration are "Fake News."

"If you are weeding out Fake News, there is nothing so Fake as CNN & MSNBC, & yet I do not ask that their sick behavior be removed.  I get used to it and watch with a grain of salt, or don't watch at all."

Trump, a prolific Twitter user, has previously said that his administration would "look into" alleged "shadow banning" of conservatives on the platform.  Twitter has acknowledged that a new policy on hate speech has impacted the search results for some Republican congressmen.  The company said the policy also affected some Democrats.