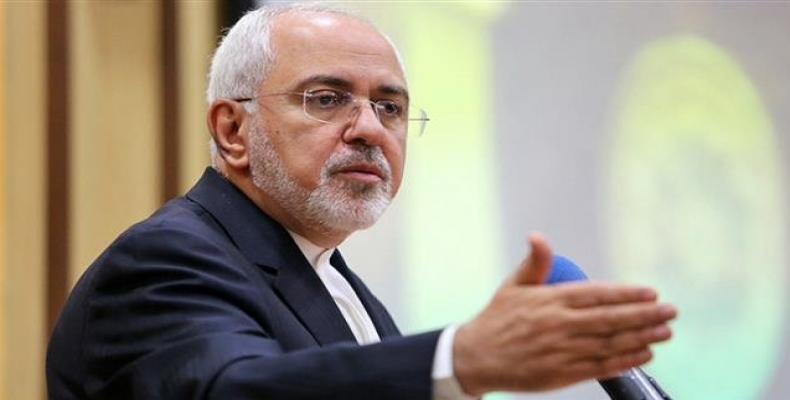 Zarif was responding to remarks on Thursday by his American counterpart, Mike Pompeo on Iran's planned launch of three Space Launch Vehicles (SLV).  Pompeo said the SLVs incorporate technology that is "virtually identical" to that used in intercontinental ballistic missiles, claiming that such rocket launches would violate UN Security Council Resolution 2231.

Zarif, however, said in a tweet hours later: "Iran's launch of space vehicles— & missile tests—are NOT in violation of Res 2231.  The U.S. is in material breach of same & as such it is in no position to lecture anyone on it."

The top Iranian diplomat was referring the Washington's unilateral withdrawal from the multilateral nuclear deal in defiance of international objections as well as the resolution, to which it itself had voted 'Yes.'

The U.S. then re-imposed all the anti-Iran sanctions it had lifted under the deal, officially called the Joint Comprehensive Plan of Action (JCPOA), with which Iran has fully complied as repeatedly confirmed by the International Atomic Energy Agency (IAEA).

Resolution 2231 terminated the provisions of previous UNSC resolutions against Iran, some of which had imposed restrictions on Iranian missile activities. Such activities are not prohibited under Resolution 2231, which merely calls on Iran “to refrain from any activity related to ballistic missiles designed to be capable of delivering nuclear weapons.”

Tehran has always emphasized that it has no nuclear warheads and that none of its missiles have been designed to carry nuclear weapons.  Zarif further reminded Pompeo that the U.S. cannot base its claims on Resolution 1929 of 2010, which is no longer valid.

In mid-December 2018, the Security Council held a meeting at the request of France and Britain -- which have repeatedly voiced "concerns" along with the US over Iran's national missile program -- days after Tehran tested a conventional ballistic missile.

That meeting, however, turned into a show of support for the JCPOA in the face of Washington's exit, with the Europeans stopping short of claiming that Iran was violating Resolution 2231.

Iran has repeatedly said its missile activities are in line with its deterrence doctrine, and that it will continue testing conventional missiles.