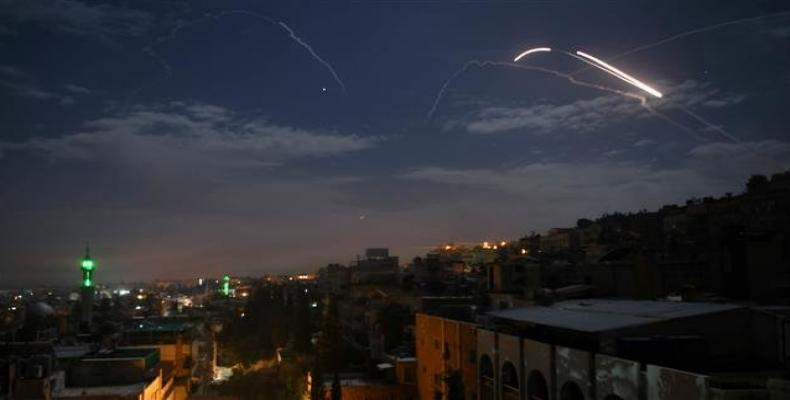 Damascus, January 23 (RHC)-- Syria warns that it could use its right to respond in self-defense to recent Israeli air raids against a civilian airport near Damascus by striking Tel Aviv’s Ben Gurion airport if the United Nations fails to act against Israeli aggression.

Israel mounted another aerial aggression in the early hours of Monday, which SANA said included “land and air strikes … through successive waves of guided missiles.”  The Syrian air defense network was promptly activated and shot down “most” of the “hostile” projectiles before reaching their designated targets, the report said.

Syria addressed letters to the United Nations, warning that it could use its right to self defense by striking the airport in the Israeli capital unless the UN Security Council steps in to stop the Tel Aviv regime's aggression.

Meanwhile, Russia has urged Israel to stop its "spontaneous" airstrikes on Syria, after the Israeli military carried out fresh strikes against targets near the Syrian capital, Damascus.

Israel has repeatedly attacked Syrian government positions under the pretext that its attacking Iranian military advisers, who are in the country on a request from President Bashar al-Assad to assist the Syrian Army in their fight against foreign-backed terrorists.

"The practice of spontaneous strikes on the territory of a sovereign state, in this case Syria, must end," Russian Foreign Ministry spokeswoman Maria Zakharova said Wednesday, according to Russia's TASS state news agency.

Zakharova said such moves by Tel Aviv only fueled tensions in the region and  harmed the long-term interests of all regional players, including Israel itself.

"We should prevent turning Syria, which has suffered over the past years of the armed conflict, into an arena of settling geopolitical scores," she added. "And we urge everyone to think about the possible consequences of causing more chaos in the Middle East.”