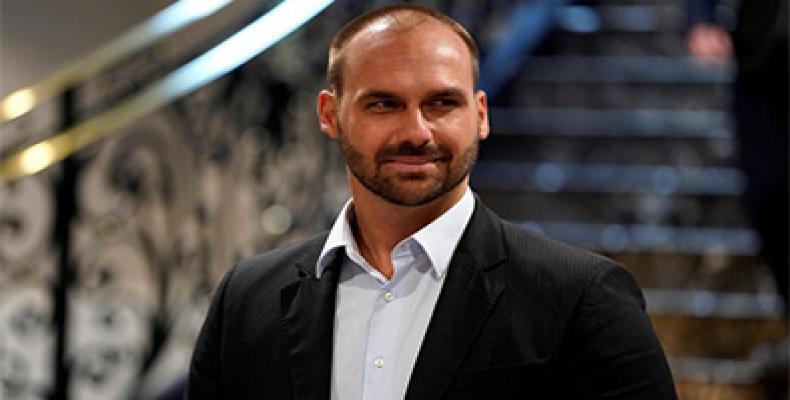 Brasilia (RHC)-- Brazilian President Jair Bolsonaro continues emulating his US counterpart and is giving a relative a high profile post in his foreign policy.

The Brazilian leader announced on Thursday he had invited his son Eduardo to become ambassador to the United States, underscoring his family’s influential role in the country’s diplomacy and domestic politics.

Eduardo Bolsonaro, currently a federal congressman, told reporters separately he would accept the role if nominated. His father said earlier that the appointment would hinge on his son’s acceptance.

“If it is a mission given by the president, I would accept,” Eduardo Bolsonaro told reporters, adding he was prepared to resign from Congress if the president appoints him.

He added the ultimate nomination still depended on conversations with his father and Foreign Minister Ernesto Araujo.