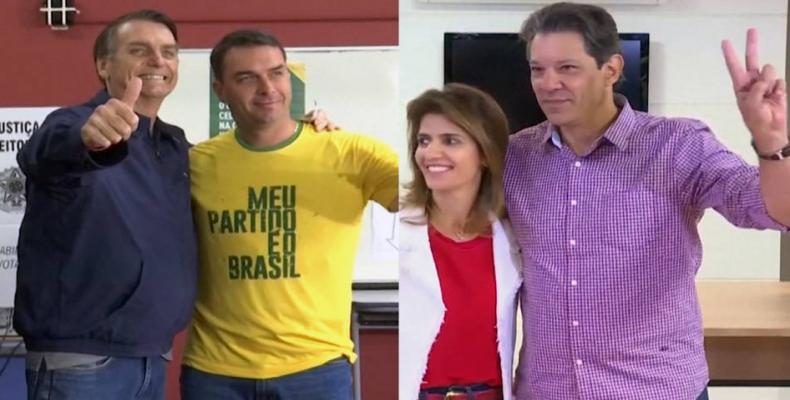 Brasilia, October 26 (RHC)-- A poll published Thursday by Vox Populi found that the difference between far-right candidate Jair Bolsonaro and Fernando Haddad is at five points a few days before the second round of the presidential ballot.

The poll was conducted between Monday and Wednesday.  The result showed that Bolsonaro has 44 percent of the support to Haddad’s 39 percent, while undecided voters make up 17 percent of eligible voters, 12 percent would vote in blank and five percent still do not know who they will vote for.

Meanwhile, the percentage of intention to vote for Haddad in the northeastern region of Brazil increased from 57 to 60 percent.  While in the case of Bolsonaro registered a fall from 27 to 25 percent in this same region.

Bolsonaro and Haddad will face off next Sunday in the second round in a heated and highly polarized presidential election.
The right-wing candidate is a retired military officer who is running on neoliberal and pro-  agenda.  His opponent Haddad, who served as the mayor of Sao Paolo and an education minister under two leftist governments, is advocating for a progressive economic model that would favor social programs and wealth redistribution.