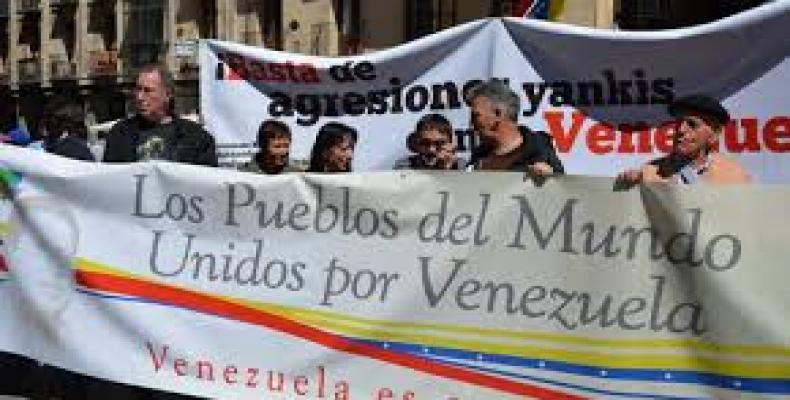 Caracas, August 11 (RHC)-- Around the world on Saturday, massive demonstrations took place to protest the latest maneuvers by U.S. imperialism to destroy the Bolivarian Revolution of Venezuela and take control of its resources.

In Venezuela, students, workers, public officials, police and military personnel marche together in rejection of the U.S. economic blockade against Venezuela.

Carrying national flags and wearing red sport hats, thousands began to gather early in the morning at squares and other public places.  They then took to the streets of Caracas, the Venezuelan capital, to protest against U.S. President Donald Trump.

Dozens of countries took part in the World Protest Day under the hashtags, #NoMoreTrump, #NoMasTrump and #HandsOffVenezuela in support of Venezuela and the Bolivarian Revolution.