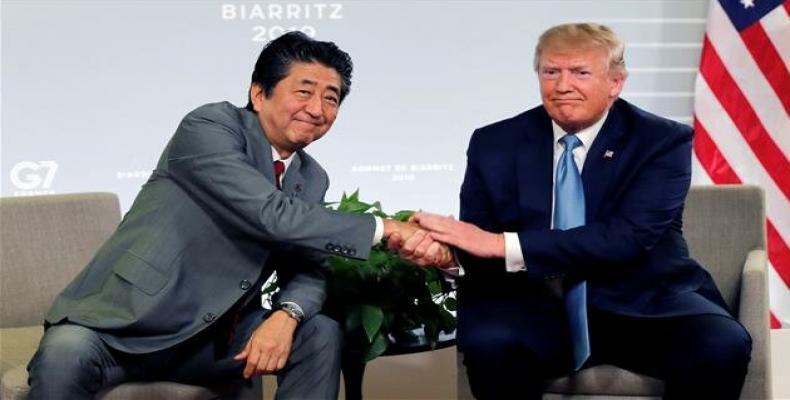 Washington, August 28 (RHC)-- The United States has approved an estimated $3.3 billion sale of anti-ballistic missiles to Japan, a Pentagon agency says, as North Korea expands its defensive missile capabilities viewed as a threat to the U.S. ally.

The U.S. Defense Security Cooperation Agency made the announcement in a statement on Tuesday, saying that Raytheon Co and BAE Systems Plc are the prime contractors for the sale of up to 73 Standard Missile-3 and MK 29 Canisters to Japan.

The agency added that the missiles are designed to be fired from a ship-board system to intercept incoming ballistic missiles.  “This proposed sale will support the foreign policy and national security of the United States by improving the security of a major ally that is a force for political stability and economic progress in the Asia-Pacific region,” the statement said.

Pyongyang has carried out seven tests of new short-range ballistic missiles over the past month, with Japan saying one of the missiles flew over its territory.  The North says its missile tests are in protest against the U.S.-South Korean joint military exercises, which it has long condemned as a rehearsal for invasion of its territories.

The U.S. deploys nearly 30,000 troops in South Korea to purportedly defend it from its northern neighbor.  North Korea, currently under multiple rounds of sanctions by the United Nations and the US over its nuclear and missile programs, put a unilateral halt to its missile and nuclear tests shortly before a diplomatic thaw began between Pyongyang and Seoul in early 2018.  The thaw later led to two official summits between Trump and Kim in Singapore and Vietnam.

Washington has so far refused to remove any sanctions in return for several unilateral steps already taken by Pyongyang.  North Korea has also demolished at least one nuclear test site and agreed to allow international inspectors into a missile engine test facility.