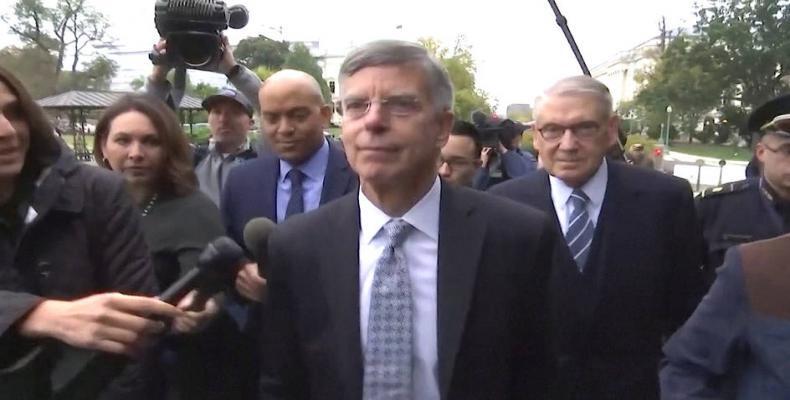 In Taylor’s opening statement, which has been made public, he lays out his interactions with Gordon Sondland, the U.S. ambassador to the European Union and a wealthy Oregon hotel magnate who received the ambassadorship after donating $1 million to Trump’s inauguration.  Taylor says Ambassador Sondland told him that “everything,” including security assistance, was dependent on Ukrainian President Volodymyr Zelensky announcing an investigation into Burisma, the gas company where Joe Biden’s son, Hunter, was a board member.

Taylor said: “Ambassador Sondland told me that President Trump had told him that he wants President Zelenskyy to state publicly that Ukraine will investigate Burisma and alleged Ukrainian interference in the 2016 U.S. election.”  Taylor’s testimony offers the most damning evidence so far in the ongoing impeachment inquiry.