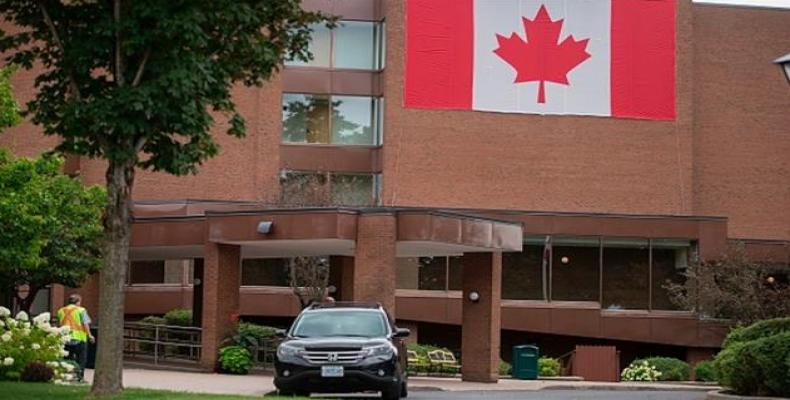 Toronto, November 6 (RHC)-- Canadian lawyers and human rights groups have taken legal action after finding the United States to be an "unsafe" country for would-be refugees.

The Federal Court in Toronto has heard the plaintiff's case demanding a safe sanctuary for asylum seekers.  At the center of the case was the 2002 Safe Third Country Agreement between Canada and the United States.

Lawyers and human rights advocates in court challenged the Safe Third Country Agreement which prohibits refugees who enter Canada from the U.S., and vice versa, from filing refugee claims.  The agreement was signed by the two countries on the grounds that both countries were safe places and so those seeking asylum should apply in the first country they arrive in.

Lawyers for unnamed asylum seekers, who were supported by human rights groups including Amnesty International and the Canadian Council for Refugees, demanded that refugees whose legal claims had been rejected be reviewed.

One of the lawyer for the refugees, Andrew Brouwer, cited examples of asylum seekers who had been rejected by Canadian immigation officials and returned to the United States where they were subjected to incarceration and solitary confinement for weeks, with little access to counsel.

Brouwer and the rights groups argued that given the fact that the US has become an "unsafe" country for would-be refugees the Canada-U.S. agreement that compels asylum seekers to first apply for U.S. sanctuary ought to be thrown out.

Meanwhile, media reports say that there has been mounting political pressure in Canadian society towards the Safe Third Country Agreement with the United States.  "Many Canadians . . . instinctively felt it didn't make sense for Canada to be hitching its wagon to the United States in this way and be sending people back to the U.S. when they could see there was such a lack of attention to the basic rights," Janet Dench, the executive director of the Canadian Council for Refugees, one of the groups challenging the agreement in court.said.

Canada has a population of 37.59 million people of which an estimated 2 percent of the people report to be aborigines of First Nations ancestry.  English and French immigrant were the first nationals who moved to Canada.

Over the past three years, since U.S. President Donald Trump took the helm, more than 50,000 asylum seekers have crossed the Canada-U.S. border to file refugee claims.  Some of these asylum seekers have reported that they might have stayed in the U.S. had it not been for Trump’s anti-immigration rhetoric and policies making living conditions "unsafe" for them.