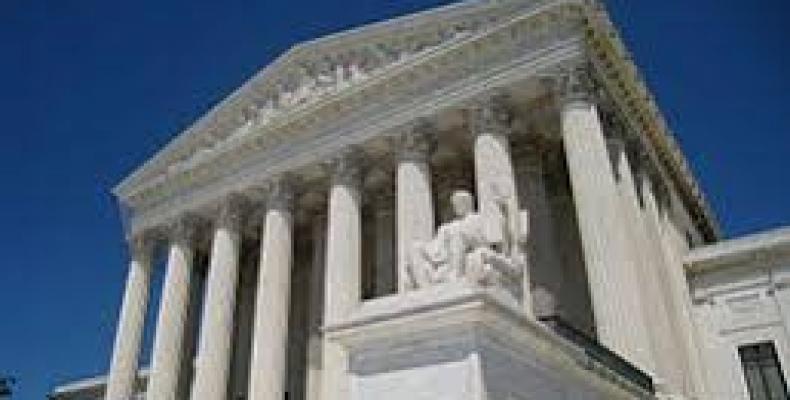 Washington, February 25 (RHC)-- The U.S. Supreme Court has voted 5 to 4 to allow Donald Trump’s so-called public charge rule to go ahead, by lifting a lower court injunction on the rule in Illinois.  The measure seeks to severely limit the number of low-income immigrants by denying green cards and visas to anyone who may seek benefits, such as Medicaid, food stamps and housing vouchers.  The Supreme Court lifted a nation-wide injunction on the rule last month.

Justice Sonia Sotomayor delivered a scathing dissent, writing: “Claiming one emergency after another, the government has recently sought stays in an unprecedented number of cases, demanding immediate attention and consuming limited court resources in each.  And with each successive application … its cries of urgency ring increasingly hollow. … The Court … has been all too quick to grant the Government’s 'reflexive' requests.  But make no mistake: Such a shift in the Court’s own behavior comes at a cost.”