Death toll from Beirut explosion climbs to at least 135 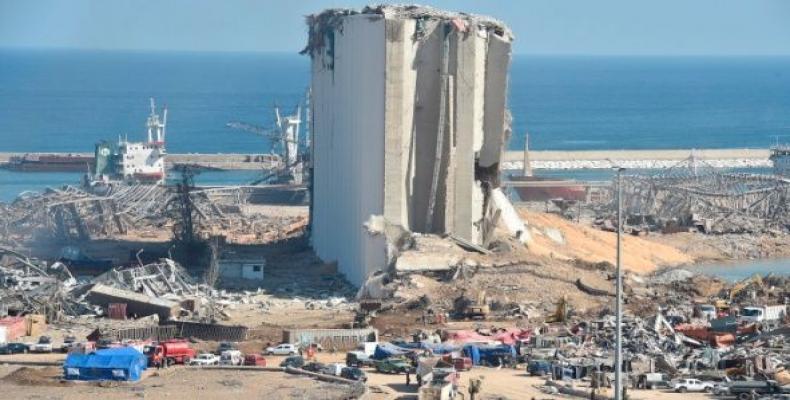 Beirut, August 6  (RHC)-- Lebanese rescue teams pulled out bodies and hunted for missing people on Wednesday from the wreckage caused by a massive warehouse explosion that sent a devastating blast wave across Beirut, killing at least 135.

Prime Minister Hassan Diab declared three days of mourning from Thursday as early investigations blamed negligence for the explosion at Beirut port, which has left tens of people missing and injured more than 5,000 others.

According to Reuters news agency, up to a quarter of a million people were left without homes fit to live in, officials said, after shockwaves smashed building facades, sucked furniture out into streets and shattered windows miles inland.

The death toll was expected to rise from the blast, which officials blamed on a huge stockpile of highly explosive material stored for years in unsafe conditions at the port.