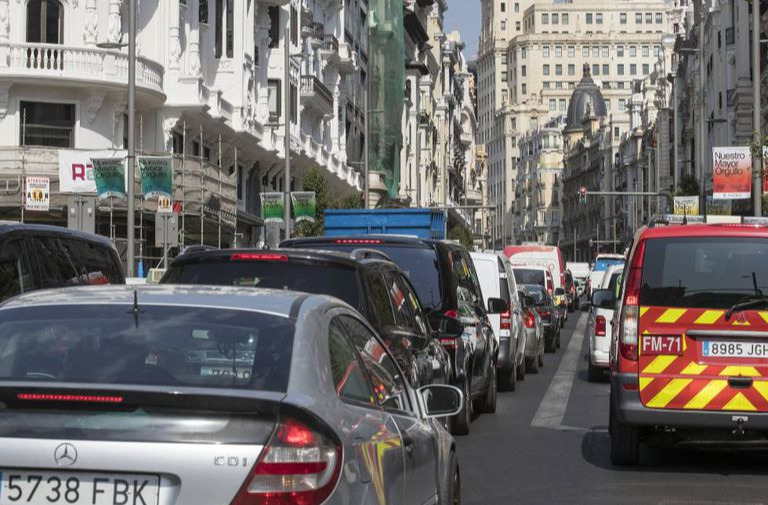 Madrid, January 8 (RHC)-- The coronavirus pandemic brought the number of traffic accident fatalities last year in Spain to its lowest since records started in 1960 as restrictions on businesses and individuals to curb the spread of the virus reduced car trips, Interior Ministry data showed on Thursday.

The number of people dying in 2020 from car accidents fell by 870, or 21 percent, while 3,463 people were seriously injured, the ministry said on Thursday, adding that no fatalities were reported in the country on 59 days of the year.

“This reduction is a consequence of the [health] crisis and the mobility restrictions. The state of alert has generated a halt on the economic activity, which, linked with other factors like home working, explains a decrease of traffic and the reduction of accident rate,” Interior Minister Fernando Grande-Marlaska told reporters.

From mid-March to late June, Spanish authorities imposed one of Europe’s strictest lockdowns as the country was one of the most severely hit.  Restrictions on tourism from abroad during the summer further reduced car traffic.

Meanwhile, Spain’s regions have stepped up virus restrictions this week but the government remains adamant it will not impose a lockdown, despite an expected post-Christmas surge in infections, a minister said Thursday.

Outgoing Health Minister Salvador Illa said the situation was causing “a great deal of concern”, warning there were “complicated weeks ahead and people must remain on high alert.”  With Spain counting more than 51,000 deaths and close to two million infections, most regions have banned movement across their borders without a valid reason.

Spain began its vaccination campaign using the Pfizer-BioNTech jab on December 27 and has since immunised nearly 140,000 people, the latest figures show.  It will receive its first doses of the newly approved Moderna vaccine “within seven to 10 days” and is hoping to have received 600,000 doses within the next six weeks.

Although the number of confirmed COVID cases is expected to pass the two million mark on Thursday, the actual number is much higher, with a seroprevalence study released in December showing around 10 percent of the population – or 4.7 million people – have been infected with the virus.