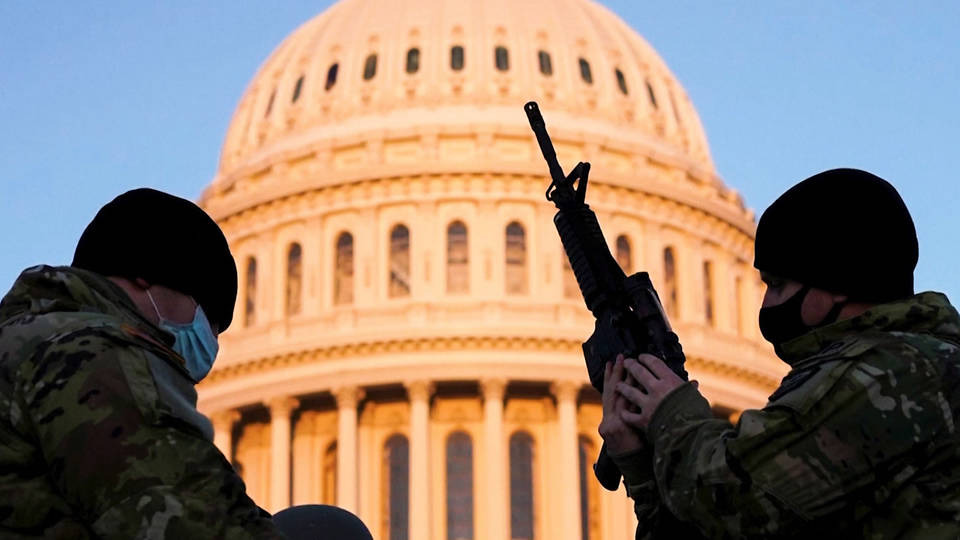 Washington, February 1 (RHC)-- In the United States, U.S. Capitol Police have beefed up security amid concerns of home-grown terrorism and threats against the nation’s lawmakers.  Police forces will be stationed at airports around the Washington, DC, and at the railroad terminal at Union Station to provide security for members of Congress traveling to and from the capital.

"They will be in place to monitor as members move throughout the airport," Acting House Sergeant at Arms Timothy Blodgett said.  The measure was made amid rising threats against lawmakers in the wake of the deadly breach of the Capitol by supporters of then-President Donald Trump.

A woman, arrested in Pennsylvania on Friday in connection with the protest on January 6th, provided one example for how Trump supporters have targeted lawmakers such as House Speaker Nancy Pelosi, Democrat from California, who is basically  responsible for making Trump the only president in US history to have been impeached twice.

“We broke into the Capitol. ... We got inside. We did our part.”  Dawn Bancroft shouted in a video of the attack to the Capitol.  “We were looking for Nancy to shoot her in the friggin’ brain, but we didn’t find her.”

Nearly one in five people charged so far over their alleged involvement in the recent attack on the US legislative compound – Capitol Hill – were military veterans, a report finds.

More than 150 arrests have been made so far in connection with the breach of the Capitol, where the lawmakers were holding a session to certify the outcome of the 2020 presidential election.  American authorities are also worried about the potential for attacks on soft targets in DC as lawmakers prepare to hold an impeachment trial for the former president, guarded by more than 5,000 National Guardsmen.

The commander of DC National Guard says his authorities were restricted ahead of the January 6 deadly breach of the U.S. Capitol by former President Donald Trump’s supporters.  After disputing the victory of now-President Joe Biden, Trump has been escaping accountability by playing U.S. courts dealing with lawsuits against him.

As Trump supporters refuse to accept Biden as the new president, fears of terrorist operations by far-right groups are running rampant.  The Department of Homeland Security warned in recent days that extremists “could continue to mobilize to incite or commit violence.”