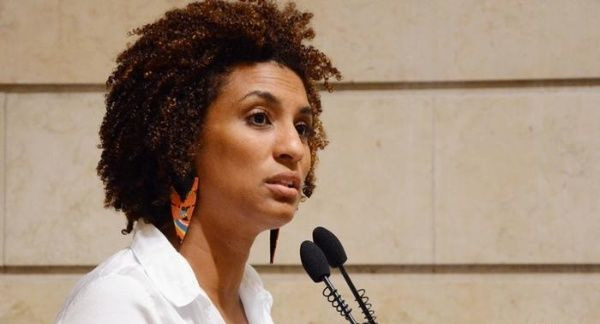 Almost three years after the murder of the Brazilian activist, the mastermind of the crime is still unknown. | Photo: EFE

Rio de Janeiro, February 11 (RHC)-- The Court of Justice of Rio de Janeiro (TJRJ), Brazil, reported on its website that ex-police officer Ronnie Lessa and former military officer Élcio Queiroz, accused of the murder of councilwoman Marielle Franco and her driver Anderson Gomes, will be tried by a popular court.

The TJRJ also rejected an appeal by the defense lawyers of the defendants.  "With this, the two pass to the popular jury," reports the judicial body, which specifies that technical evidence and the statements of the defendants will be analyzed.

The murders of Marrielle Franco, councilwoman for the Socialism and Liberty Party, and Anderson Gomes Gomes occurred on the night of March 14, 2018, in a central area of Rio de Janeiro, when thirteen shots from a HK MP5 submachine gun, of high precision and used only by elite police forces, hit the vehicle in which they were traveling.

Almost three years after the events, the investigation points to the involvement of members of the security forces, although it is still unknown who was the mastermind of the crime investigated by the Civil Police and the Public Prosecutor's Office of Rio de Janeiro.