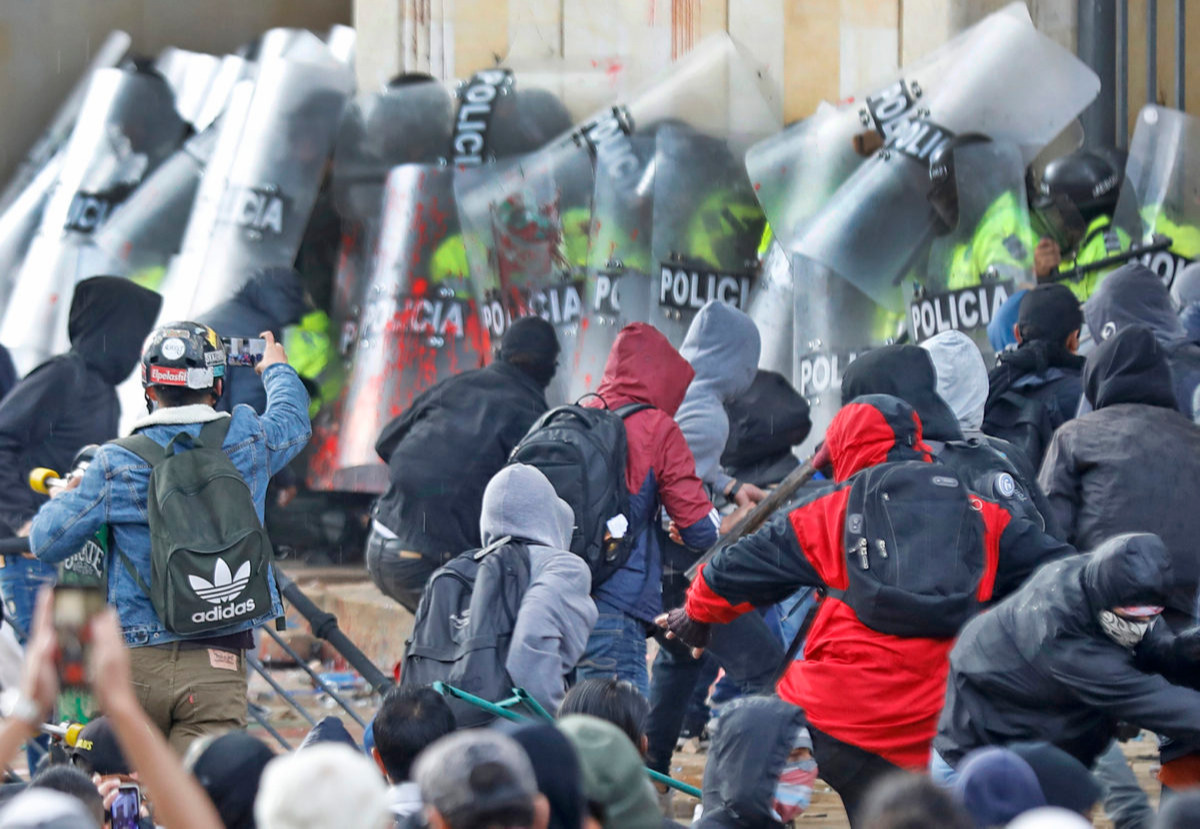 Bogota, May 8 (RHC)-- Demonstrations took place on Saturday in Colombia -- the 11th day of protests against the neoliberal policies of the government of Ivan Duque.

Human rights activists denounced the brutality of Colombian police and military forces, violently arresting protesters.  Hundreds have been disappeared and dozens of lifeless bodies will the morques of Colombian cities.

At noon on Saturday, at the Journalists Park in Bogota, "The Mourning March" took place in honor of all those who have lost their lives in recent days.  Dressed in black, the participants walked from the Parque de los Periodistas, while in other areas of the capital, young people took part with bicycles, skateboards or roller skates.

Earlier Saturday morning, the Ombudsman's Office revealed a new report on the number of people missing in the midst of the demonstrations since last April 28th.  The number increased from 145 to 359 reports of people reported missing in just 24 hours, according to the entity.

In total, since April 28, the day the national strike began in Colombia, there have been 548 reports of people presumed missing, of which 189 have already been located and 359 are still in the process of verification and location.

On the other hand, the number of deaths reported by the Ombudsman's Office in the midst of this day of demonstrations continues to be 27 Colombians, of which, according to the Attorney General's Office, 11 have been determined to be directly related to the protests, 7 are in the process of verification and 9 are not related to the demonstrations.

However, the number of people killed by the repression of the security forces and other paramilitary groups during the protests, is counted in more than 37, according to the balance of independent entities.

A group of social organizations and human rights groups denounced before the Inter-American Commission on Human Rights (IACHR) the situation of violence and cases of disappearances that are occurring in Colombia.

The petition focuses on the situation in Valle del Cauca, especially in Cali, Palmira and Buga, where there have been constant armed attacks against protesters at night.   The most recent case occurred this Friday in the sector of La Luna in Cali, where there is talk of three demonstrators wounded by gunfire.

Citizens denounced that the Colombian Police fired this Friday night against people who were demonstrating in a sector of the city of Cali, capital of the department of Valle del Cauca, in the southwest of the country.