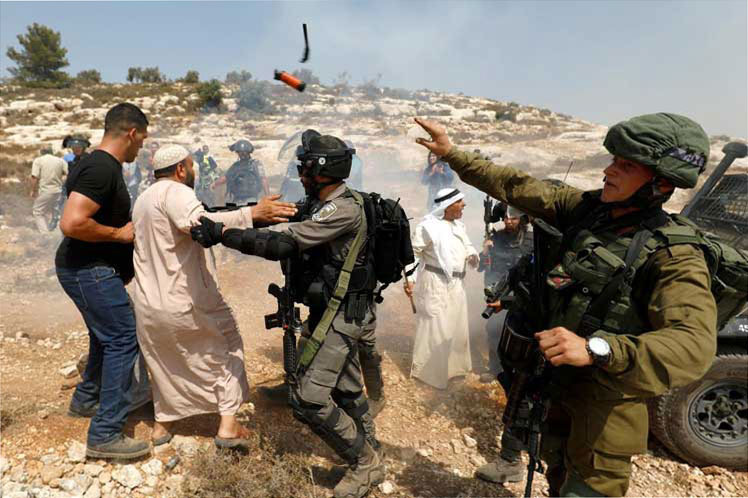 Ramallah, June 27 (RHC)-- The Palestinian Foreign Ministry is calling on the international community to condemn what it described as "brutal repression" by Israeli troops against peaceful demonstrations in the occupied territories.

"We call on the international community to hold Israel responsible for its actions and to impose sanctions against that country."

The Palestinian call comes at a time when an investigation by the International Criminal Court at The Hague into war crimes committed by the occupying country, especially in the West Bank, is stalled due to the air, sea and land bombardment of the Gaza Strip last May.

The Israeli occupying government dismisses reports by international organizations and institutions that its forces "practice the worst forms of racial discrimination, apartheid and persecution against Palestinians," the statement said.

The interaction of countries and the United Nations and their interests in these reports, if they take them into account at all, lack any merit and do not encourage international bodies to protect our people and implement the relevant UN resolutions, the official statement stressed.

In this regard, the text distributed by the WAFA agency adds that the U.S. administration, the European Union and the UN are biased in favor of the occupying government which they do not pressure "to stop the assassinations, repression and theft of Palestinian land."