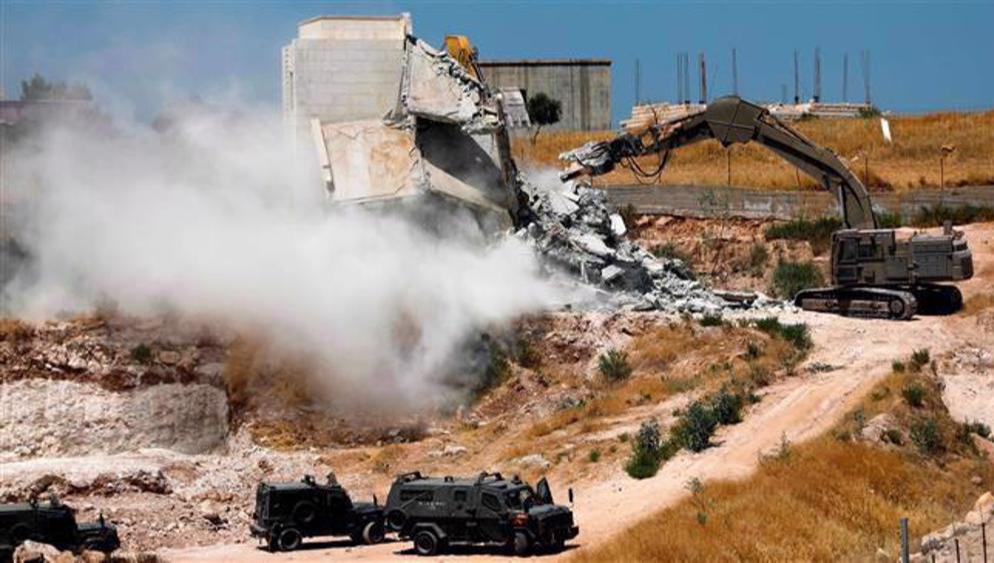 Ramallah, July 17 (RHC)-- The Palestinian Ministry of Foreign Affairs and Expatriates says the international community, particularly the United Nations Security Council, must uphold their responsibilities and stop Israel’s ethnic cleansing of Palestinians in the occupied Jerusalem al-Quds and the rest of Palestine.

“It is time for the international community, led by the UN Security Council, to realize that its statements and stances against settlements and the crimes of the Israeli occupation are not enough. The occupation authorities have been coexisting with this type of international reaction,” the ministry said in a press statement on Friday.

According to the ministry, Israeli troops and armed settlers often carry out joint attacks on the Palestinian people with the “approval and support of the Israeli political level.”

Throughout the years, Israel has frequently demolished Palestinian homes, claiming that the structures have been built without permits, which are nearly impossible to obtain.  The Tel Aviv regime even orders the Palestinian owners to tear down their own homes or pay the demolition costs to the municipality.  At the same time, Israel has expanded its settlements in the occupied territories.

The demolitions and evictions carried out by Israeli authorities are seen as part of efforts to forcibly displace the Palestinians and change the demographic character of the occupied territories.

A human rights group says an Israeli ploy to demolish Palestinian homes on a large-scaled in Occupied Jerusalem al-Quds amounts to ethnic cleansing.

The United Nations said in May that Israel’s demolition campaign against Palestinian homes and structures across the West Bank and East Jerusalem al-Quds soared dramatically in April compared to the similar month last year, marking a 90-percent increase in the number of structures targeted across the occupied territories.