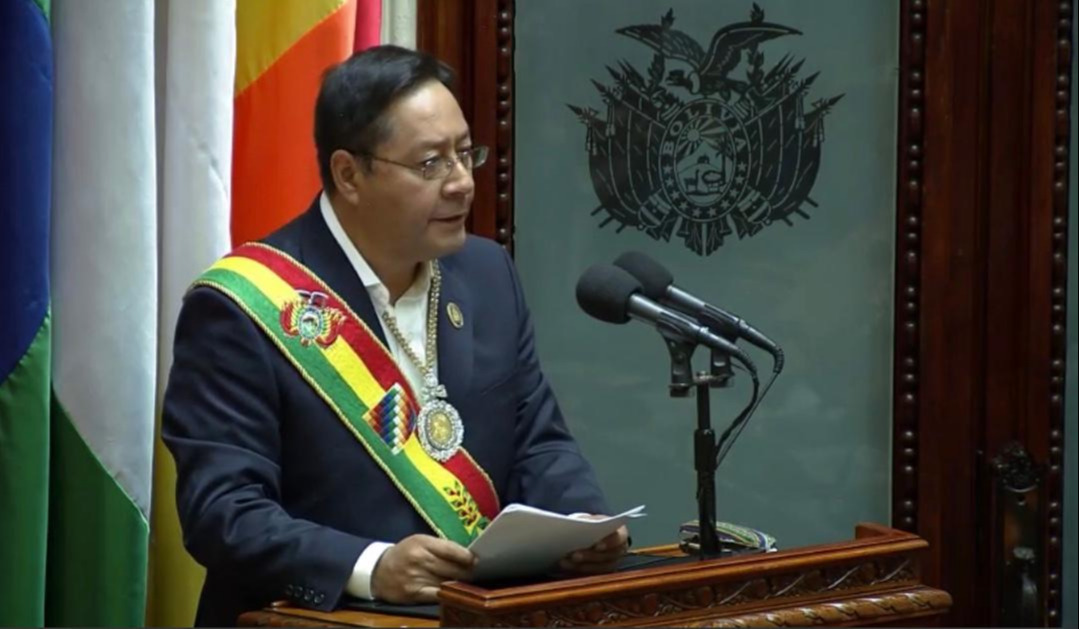 Bolivian President Luis Arce denounced the complicity of the Organization of American States (OAS) in the 2019 coup d'état in his country.

Havana, July 16 (RHC)-- Bolivian President Luis Arce has denounced, once again, the complicity of the Organization of American States (OAS) in the 2019 coup d'état in his country.  Arce pointed directly to the responsibility of the Secretary General of the OAS, Luis Almagro, who apparently knew in advance of the coup against the government of President Evo Morales.

On his Twitter account, the dignitary expressed his indignation for the minute of silence requested by Almagro for the victims of the military and police repression of Morales' followers and defenders of democracy as a result of the coup.

In the massacres of Senkata and Sacaba, some thirty Bolivians lost their lives and dozens were wounded, while the uniformed officers evaded their responsibilities protected by the de facto government of Jeanine Áñez.

Also the Bolivian ambassador to the United Nations, Diego Pary, strongly criticized the role of the OAS and Almagro in the rupture of constitutional order in Bolivia in November 2019.