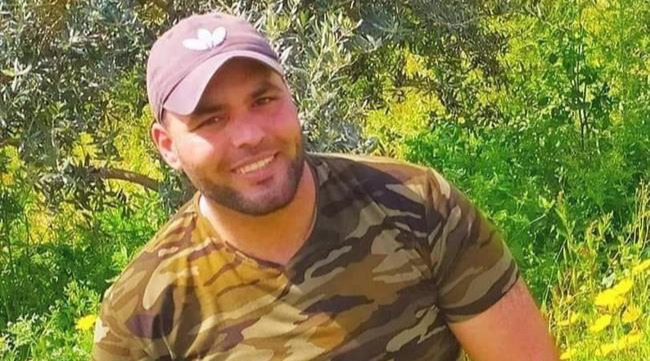 Osama Khaled D’eij, 32, died of gunshot wounds after being injured by Israeli fire during a protest along the border fence separating Gaza from the occupied territories. (Photo by Wafa news agency)

Gaza City, August 26 (RHC)-- A Palestinian man has died of gunshot wounds he sustained when Israeli military forces opened fire on a group of Palestinians attending a rally against the Tel Aviv regime along the border fence separating the blockaded Gaza Strip from the occupied territories.

The sources added that D’eij was shot and seriously injured during protests that took place near the border fence over the weekend to condemn the paralyzing Israeli blockade of Gaza and commemorate the burning of al-Aqsa Mosque in the Old City of occupied al-Quds 52 years ago.

He was rushed to Shifa Hospital, where he immediately underwent a surgery.  He, however, remained in a critical condition at the intensive care unit (ICU) and passed away on Wednesday.

Among the two Palestinians critically injured was a 13-year-old boy who was shot in the head, Gaza's health ministry said.   It described most of the other injuries as moderate.

The Israeli military claimed hundreds of demonstrators had approached one area of the fence in northern Gaza and attempted to climb over, prompting the troops to fire tear gas and live rounds at the protesters.

Meanwhile, Palestinian Minister of Foreign Affairs and Expatriates Riyad al-Maliki urged the European Union on Tuesday to stop the Israeli regime from perpetrating more crimes against Palestinians in the occupied territories.

During a meeting with his Slovenian counterpart Anže Logar in the central West Bank city of Ramallah, Maliki described the Israeli occupation as the chief obstacle to the development of the Palestinian economy, stressing that the Tel Aviv regime controls and exploits Palestinian natural resources.