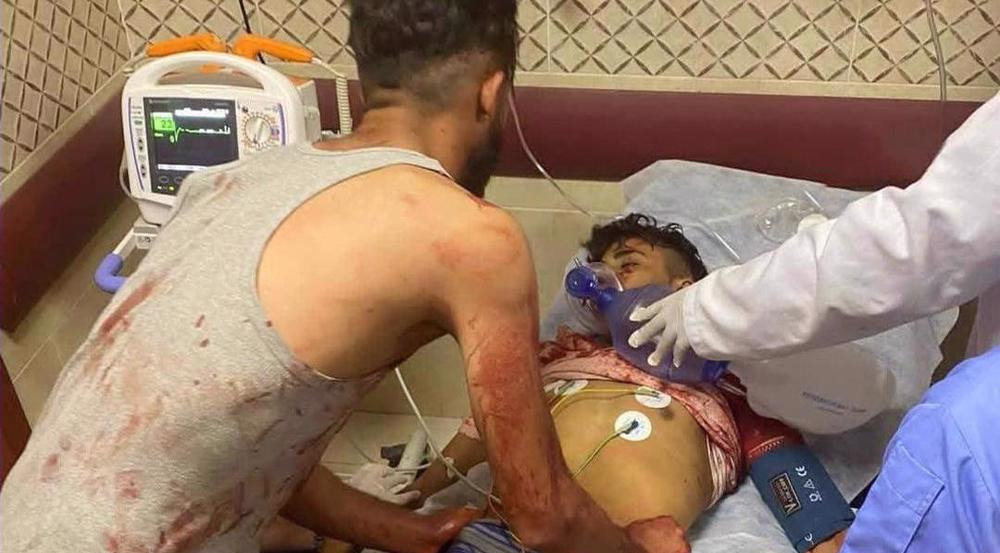 Ramallah, August 24 (RHC)-- Israeli forces have fatally shot a Palestinian teenage boy during a violent raid on a refugee camp in the northern West Bank.   The incident took place at the Balata refugee camp, situated near the city of Nablus, early on Tuesday, as the Palestinians clashed with the Israeli soldiers who had stormed the camp to make arrests.

Imad Hashhash, 16-years-old, was shot by Israeli forces during the clashes and sustained a head injury.

The Palestinian Health Ministry said that Hashhash was rushed to Rafidia Surgical Hospital in Nablus, where he was pronounced dead shortly afterwards.

The Gaza-based Hamas resistance movement mourned Hashhash's death, but welcomed the "rise of the Palestinian resistance" in the occupied West Bank and al-Quds.  "The rising resistance against the Zionist occupation in various regions of the West Bank and occupied Jerusalem (al-Quds) is the best and most effective option to confront the occupation and its crimes and stop its plans. The blood of the heroic martyrs will light the way for all revolutionaries to move forward toward the path of Jihad and resistance, sweeping the occupation and its settlers," the movement said.

The Israeli army claimed that shots were fired by the Palestinians toward the regime’s troops, who returned fire.

During Tuesday’s clashes, a young Palestinian was taken into Israeli custody.  The Israeli military frequently carries out wide-ranging arrest campaigns across the West Bank under the pretext of searching for “wanted” Palestinians.

The Tel Aviv regime has been criticized for its extensive use of lethal force against and extrajudicial killing of Palestinians who do not pose an immediate threat to the occupation forces.