IMF calls for coordinated action and accountability in COVID-19 battle 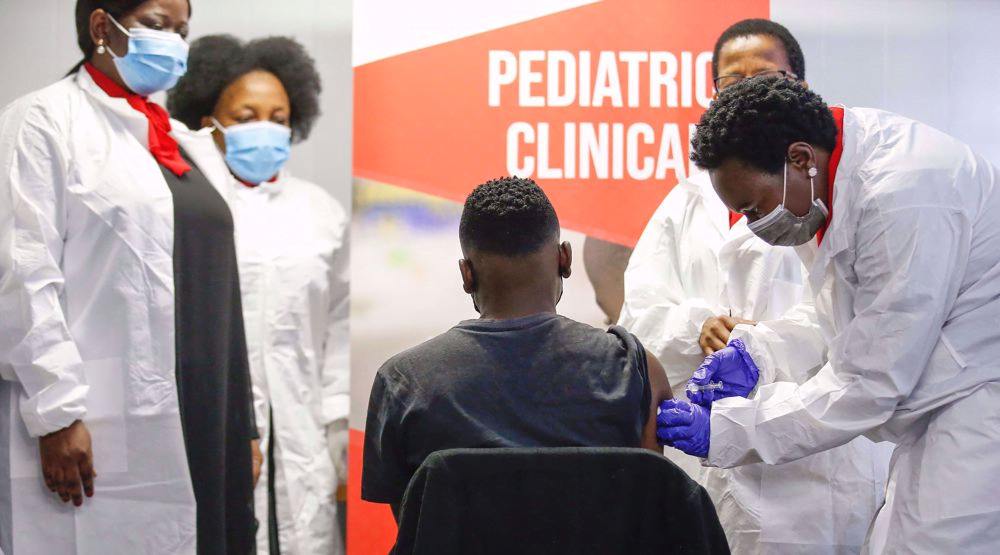 A healthcare worker administers a SINOVAC Covid-19 vaccine on a minor during the Numolux/SINOVAC Paediatric Covid-19 Vaccine Clinical Trial at the Sefako Makgatho Health Sciences University in Pretoria, on September 10, 2021. (Photo by AFP)

Washington, September 22 (RHC)-- The chief economist of the International Monetary Fund on Tuesday called for coordinated action and greater accountability to ensure that the world meets a target of vaccinating 40% of people in every country against COVID-19 by the end of 2021.

India's decision this week to resume vaccine exports was "a very important part of the solution," but major economies also had to ratchet up vaccine deliveries to honor their pledges, Gita Gopinath told Reuters in an interview.

The pandemic has killed nearly five million people across the world, and the IMF has warned that highly unequal health prospects - with just 2% of people in low-income countries vaccinated to date - poses "severe risks."

Gopinath said Group of Seven rich countries had delivered only 14% of the total vaccine doses they had promised, but increasing that to 50% would provide sufficient doses to reach the global target for 2021.

"It's not enough to make announcements and pledges. You have to come through on it," she said, adding that one of the biggest accomplishments of the COVID-19 summit being organized by US President Joe Biden on Wednesday would be a more systematic way of holding countries accountable.

"I think (ending the pandemic) is still a solvable problem and that it can be done, as long as you can get the countries and the vaccine manufacturers to come together and deliver on these targets," she said.

It was critical to allocate adequate supplies of vaccines, especially to African countries with big deficits, by year's end, even if some shots did not get into people's arms until early next year, she said.

Gopinath and IMF staff economist Ruchir Agarwal in May released a $50 billion proposal that built on efforts by the United Nations, World Health Organization and other groups to end the COVID-19 pandemic by vaccinating at least 40% of the population in all countries by the end of 2021.

The plan, subsequently endorsed by the WHO, World Trade Organization and World Bank, called for boosting that vaccination rate to at least 60% by the first half of 2022.

Biden has challenged world leaders to boost that target to 70% by the time of next year's United Nations General Assembly.