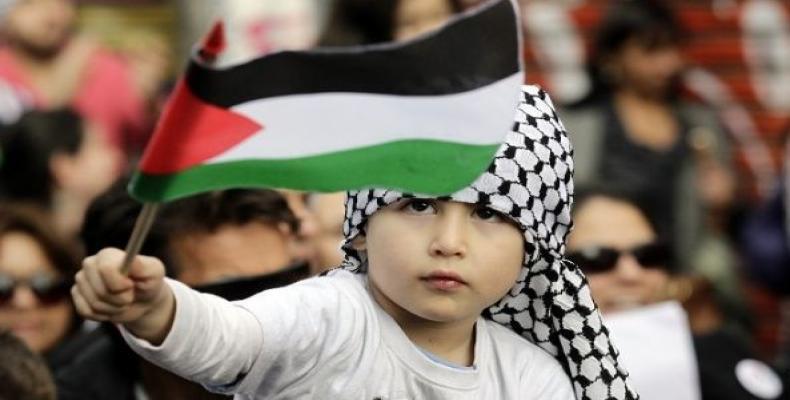 The Israeli Ministry of Defense claimed on Friday that the groups were linked to the Popular Front for the Liberation of Palestine (PFLP), a left-wing movement with a political party as well as an armed wing that has carried out attacks against the Israeli occupation.

The ministry claimed the humanitarian groups “constitute a network of organizations active undercover on the international front on behalf of the Popular Front.”  They are “controlled by senior leaders” of the PFLP and employ its members, including some who had “participated in terror activity.”

It also falsely accused the groups of serving as a “central source” of financing for the PFLP and of having received “large sums of money from European countries and international organizations,” without elaborating.

The designated groups include Al-Haq, a human rights group founded in 1979, the Addameer rights group, Defense for Children International-Palestine, the Bisan Center for Research and Development, the Union of Palestinian Women’s Committees and the Union of Agricultural Work Committees.

“This fallacious and libellous slander is a strategic assault on Palestinian civil society and the Palestinian people’s fundamental right to oppose Israel’s illegal occupation and expose its continuing crimes,” it said.

In a joint statement, Amnesty International and Human Rights Watch noted that the military order “effectively outlaws” the activities of the six groups.  As a consequence, Israeli security forces are authorised to close the groups’ offices, seize their assets and arrest and jail their staff members.  Funding or even publicly expressing support for their activities is also prohibited.

“This appalling and unjust decision is an attack by the Israeli government on the international human rights movement,” Amnesty and HRW said.  Omar Shakir, Israel and Palestine director at HRW, told Al Jazeera that Israel’s move was part of a “systematic assault on human rights advocacy.”

“I think this is a reaction to the Israeli government’s recognition that there is growing awareness about their grave abuses, including crimes against humanity, apartheid and persecution against millions of Palestinians,” Shakir said.

“It’s really an alarming development and it’s a test of the international community’s resolve to protect human rights defenders in the face of sustained assault.”   Shakir, who now resides in Jordan, said he was the target of punitive action when he was deported by Israel two years ago for his work in documenting human rights abuses.

The United Nations Human Rights Office in the Palestinian territories said it was “alarmed” at the announcement.   “Counter-terrorism legislation must not be used to constrain legitimate human rights and humanitarian work,” it said, adding that some of the reasons given appeared vague or irrelevant.

“These designations are the latest development in a long stigmatising campaign against these and other organisations, damaging their ability to deliver on their crucial work.”

Mary Lawlor, the UN Special Rapporteur on the situation of Human Rights Defenders, said in a tweet that she was alarmed by the news.