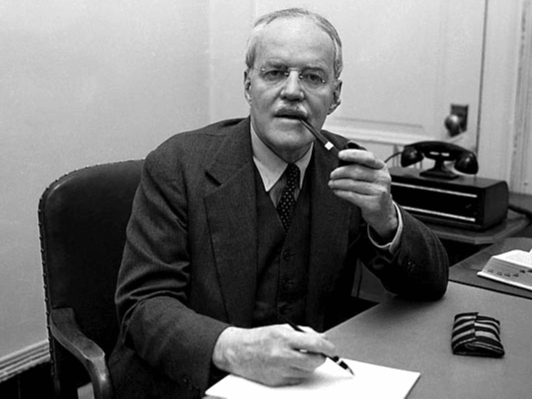 Washington, January 9 (RHC)-- A U.S. intelligence official inadvertently helped the Nazis push disinformation during World War II after he continued using a cipher that had been compromised by the Germans, according to classified records discussed in a new book.

In his new book, ‘Covert Legions: US Army Intelligence in Germany 1944-1949’, historian and author Thomas Boghardt claims that mistakes by an American spy could have helped the Nazis spread false information about Adolf Hitler’s Alpine redoubt.

In one of the most successful disinformation campaigns of World War II, the Nazis convinced Western powers they were amassing weapons and 100,000 soldiers in the Austro-Bavarian Alps to stage a last stand for survival.  Boghardt told The Guardian it wasn’t the Nazis who were responsible for the myth’s success, but actually a mistake by Allen Dulles, who later became head of the CIA and oversaw the U.S. invasion of Cuba at the Bay of Pigs.

The Germans are thought to have been able to intercept a cable sent by Dulles from the U.S. Embassy in Berne after he continued to ignore warnings from Britain that the code he used had been cracked by the Nazis.  The cable allowed the Germans to exploit the fears by allied forces of an Alpine buildup.

“[C]ould you report to the fool [Dulles] who knows his code was compromised if he has used that code to report meetings with anyone, Germans probably identified persons concerned and use them for stuffing [disinformation],” documents reportedly show one British agent saying.

After the cable had been deciphered by the Germans, Joseph Goebbels, the head of Hitler’s propaganda ministry, spent months pushing disinformation in the hopes of distracting allied military officials and tricking them into peace talks.

“Dulles was a very capable case officer who excelled at working with human sources, but when it came to signals intelligence he was indeed highly negligent,” Boghardt said, speaking to the UK newspaper.

The Alpine disinformation campaign was one of several efforts by the Nazis to distract the US and UK in the closing months of the war.  Another successful myth saw Field Marshal Montgomery, one of Britain’s highest-ranking military figures, arrested by the Americans after the Germans convinced them someone was seeking to impersonate him.