Dr. Anthony Fauci says U.S. society in decline due to spread of disinformation 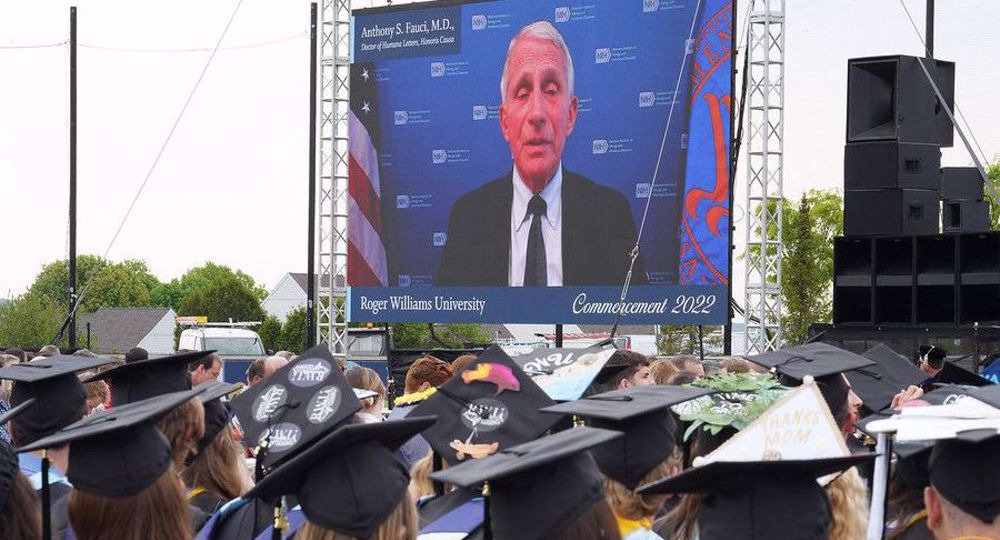 Dr. Anthony Fauci, director of the National Institute of Allergy and Infectious Diseases and chief medical adviser to President Joe Biden, made the remarks at a graduation ceremony at Roger Williams University over the weekend.

Washington, May 23 (RHC)-- The top medical adviser in the United States has issued a stern warning that society is in “decline” due to the spread of disinformation and propaganda.

Dr. Anthony Fauci, director of the National Institute of Allergy and Infectious Diseases and chief medical adviser to President Joe Biden, made the remarks at a graduation ceremony at Roger Williams University over the weekend.

He urged graduates to stand up for the truth, warning that lies, conspiracy theories, and the politicization of science can lead to a society where “veracity becomes subservient to propaganda.”

“It is our collective responsibility to not tacitly accept the normalization of untruths because, if we do, we invite dangers to ourselves, our families, our communities and our country,” Fauci told 1,330 graduates remotely.

He also emphasized that the “normalization of untruths” had become a “great concern” to him and had been “made painfully evident” to him during the pandemic.

“Unfortunately, differences of opinion or ideology are sometimes propped up by deliberate distortions of reality to the point of fabrications, conspiracy theories, and outright lies,” Fauci said.  “Segments of our society have grown increasingly inured to such falsehoods, yet the outrage and dissent against this alarming trend has been relatively muted and mild.”

Fauci, who headed up the federal COVID-19 response under both Biden and his predecessor Donald Trump, said that he has experienced “a deepened divisiveness” in the nation during the COVID-19 pandemic.

He described how the pandemic had highlighted the health inequities in the US, taking its toll most on low-income communities of color.  “Longstanding disparities have been exposed that undermine the physical and emotional health of racial and ethnic minorities, particularly African-Americans, Hispanics, American Indians, and Alaskan Natives,” he said.

“Individuals who work in jobs considered essential, including many people in these minority groups, are at increased risks of COVID-19 simply because their work does not allow them to socially isolate,” Fauci added.

He urged graduates to join in addressing the root causes of health disparities and not to let the collective memory of the health inequities revealed during this pandemic fade.

His speech came one day after he had delivered another commencement address at the University of Maryland, Baltimore, where he urged graduates to remember the racism and disparities communities have faced over the last two years.