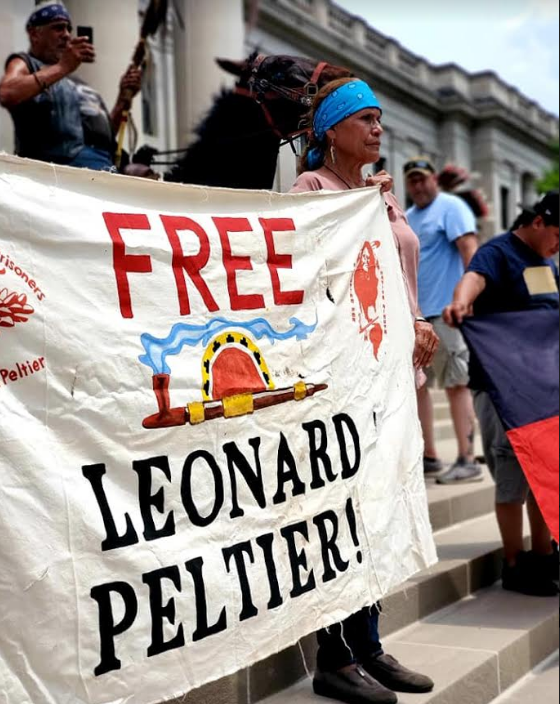 Orlando, January 26 (RHC)-- Jailed Native American activist Leonard Peltier has described prison as a “torture chamber” amid constant coronavirus lockdowns.  Peltier, who suffers from multiple health conditions, says he and others held at the Florida federal prison have yet to receive their COVID booster shots and describes worsening neglect and uncertainty.

Leonard Peltier is incarcerated at the U.S. Penitentiary in Coleman, Florida, located about 80 km northwest of Orlando.

In a statement issued from prison, Peltier writes: “Left alone and without attention is like a torture chamber for the sick and old.”

Seventy-seven-year-old Peltier is one of the U.S.'s longest-serving political prisoners, falsely convicted of killing two FBI agents on South Dakota's Pine Ridge Reservation in 1975.  He has long maintained his innocence and -- for nearly 50 years -- has refused to turn in other Native American activists who actually pulled the trigger.