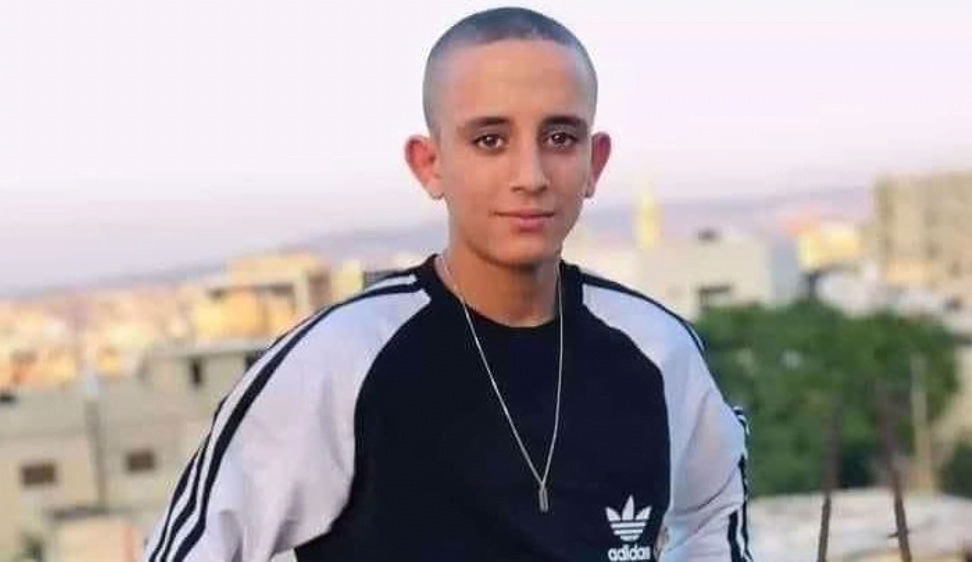 Amjad al-Fayyed, 17, was killed after an Israeli raid in the occupied West Bank city of Jenin.

Ramallah, May 21 (RHC)-- Israeli military forces have shot dead a Palestinian teenager and injured another during a raid on the Jenin refugee camp in the northern part of the West Bank.

The latest incident comes as tensions are rising in the occupied territories fueled by the Israeli army incursions, arrests and arbitrary killings.  The official Palestinian news agency Wafa reported that Israeli troops stormed Haifa Street early on Saturday, setting off a gun battle with local residents.

“A 17-year-old boy was killed, and an 18-year-old was critically wounded by the Israeli occupation’s bullets during its aggression on Jenin,” a statement by the Palestinian Ministry of Health said.  The ministry identified the dead teen as Amjad al-Fayyed.

Jenin refugee camp has served as a flashpoint amid recent tensions.  Thirteen Palestinians were injured last week during an operation by Israeli forces in the camp in which Israeli commando, Sergeant Major Noam Raz, was killed.

One of the injured Palestinians, Daoud Zubeidi, the brother of former commander of the al-Aqsa Martyrs' Brigade in Jenin and Gilboa prison escapee Zakaria Zubeidi, later died of wounds he sustained during a gun battle with Israeli soldiers.

Shireen Abu Akleh, a veteran Palestinian journalist for the Qatar-based and Arabic-language Al Jazeera television news network, was killed earlier this month while covering another Israeli operation in the camp.  In video footage from the incident circulated widely online, Abu Akleh could be seen wearing a blue flak jacket marked with the word “PRESS” when being shot by Israeli troops, exposing the gruesome nature of the daylight murder.

Ali Samoudi, a Palestinian journalist who was accompanying Abu Akleh, was hospitalized in stable condition after being shot in the back.  Samoudi told the Associated Press that they were among a group of seven reporters who went to cover the Israeli raid early Wednesday.

He said they were all wearing protective gear that marked them as reporters, and they passed by Israeli troops so the soldiers would see them.

The UN Security Council has unanimously condemned the killing of veteran Palestinian journalist Shireen Abu Akleh by Israeli forces.  The journalist said the first shot missed them, then a second struck him, and a third killed Abu Akleh, adding that there were no combatants or other civilians in the area — only the reporters and Israeli army troops.

Shaza Hanaysheh, a reporter with a Palestinian news website, who was also among the reporters, gave a similar account, stressing there were no clashes or shooting in the immediate area.   She said that when the shots rang out she and Abu Akleh ran toward a tree to take shelter.

“I reached the tree before Shireen.  She fell on the ground,” Hanaysheh said. “The soldiers did not stop shooting even after she fell. Every time I extended my hand to pull Shireen, the soldiers fired at us.”

In a raid that has sparked international outrage, baton-wielding Israeli police beat several pallbearers and mourners as they carried the journalist's coffin out of a hospital before her burial.  Her coffin almost fell as Israeli forces waded into a crowd of Palestinians gathered around it.