Iranian official says world must unite and stand up to U.S. unilateralism 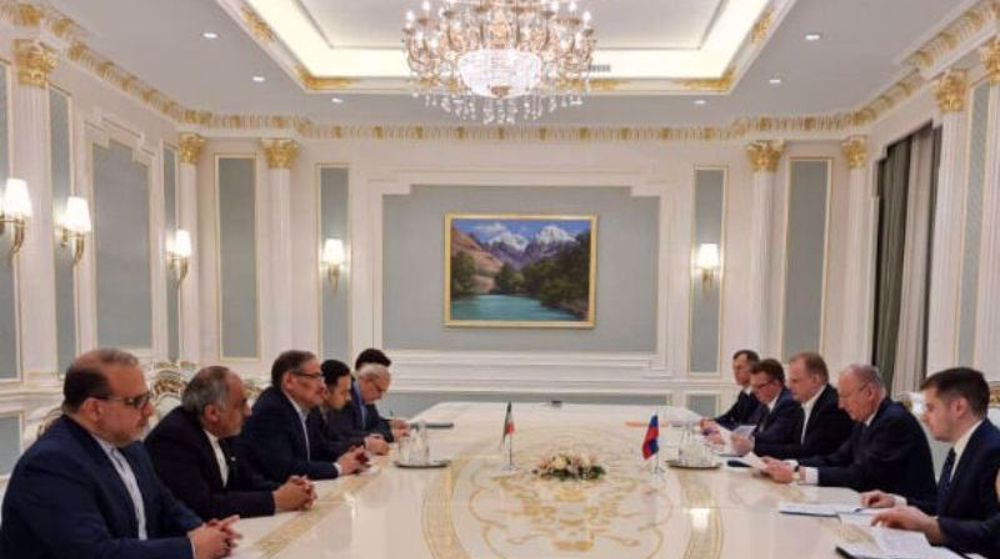 Tehran, May 29 (RHC)-- Iran’s top security official has decried U.S. sanctions against Russia over the Ukraine crisis, calling on the international community to unite and stand up against Washington’s unilateral policies.

Ali Shamkhani, Secretary of Iran’s Supreme National Security Council (SNSC), in a meeting with his Russian counterpart Nikolai Patrushev on the sidelines of the fourth meeting of the Regional Security Dialogue in the Tajik capital city of Dushanbe on Friday called for resisting US unilateralism.

“The world must unite against the unilateral policies of the United States.  The Islamic Republic of Iran has been subject to sanctions for the past 43 years, and has become an epitome of the ineffectiveness of sanctions imposed to impose political will on independent countries,” he said.

He stressed the need for strategic cooperation between Tehran and Moscow, the two all-weather allies, in the face of US unilateral policies.  “It seems as if sanctions against Russia will not be lifted once the [Ukraine] war comes to an end. Therefore, it is necessary to devise a coherent system of cooperation between the sanctioned countries on a strategic and long-term perspective,” Shamkhani said.

The top security official expressed satisfaction with consultations between Iran and Russia at various levels, calling for stronger bilateral cooperation in the wake of rapidly changing global dynamics.

The SNSC secretary referred to development in cooperation, as well as joint financial, banking, and tariff mechanisms among the Shanghai Cooperation Organization (SCO) member states as an important measure that can neutralize the impact of illegal sanctions on economic and trade relations between the countries.

Shamkhani also expounded on Western efforts to involve Russia in the Ukraine crisis, stating that some states are taking advantage of the war to implement their expansionist plans in the region and pursue their ambitious goals.  “Such attempts need to be confronted seriously,” he asserted.

Iran’s top security official went on to voice concern over unfolding developments in neighboring Afghanistan and the emergence of various terrorist groups in the country.   “The lack of a broad-based government in the country is among the main reasons for the continuing instability and insecurity as well as mounting economic and livelihood pressure on ordinary people there.”

Patrushev, for his part, said Western sanctions against Russia would have most likely been enforced even if the Ukraine crisis had not broken out.  “The wide-ranging Western sanctions against Russia have created an opportunity for our people to come to terms with the futility of liberal political groups’ calls for full engagement and cooperation with the West. The approach had suppressed our national production,” he said.

“Russia's special operation in Ukraine is just an excuse to impose extensive sanctions on our country.  The West is determined to double down on its anti-Russia measures.  The sanctions would have been imposed even if the Ukraine crisis had not sparked off.”

He said the Russian operation in Ukraine exposed the development of chemical and biological laboratories by the United States there, emphasizing that Moscow plans to publish key relevant documents in near future.

Patrushev also underscored the need for activation of extensive cooperation capacities between Russia and Iran, saying: “Transit cooperation and completion of the International North–South Transport Corridor are among the most important steps the two countries must take.”