At least 13 deaths reported due to storms in Honduras 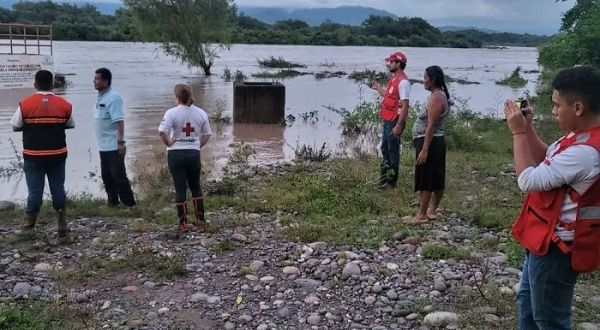 At least 7,295 people were evacuated in different areas of the country for being in a situation of vulnerability | Photo: @CopecoHonduras1

Tegucigalpa, September 26 (RHC)-- At least 13 deaths and 18,000 victims have been affected by the rains in Honduras, reported Sunday the authorities of that country.

The deputy chief of operations of the Permanent Committee of Contingencies (Copeco), Pedro Barahona, detailed that a girl was the 13th victim of this wet season.  Barahona also pointed out that at least 7,295 people were evacuated in different areas of the country because they were in a vulnerable situation to face the heavy rains.

The President of Honduras, Xiomara Castro, visited this Sunday several of the places most affected by the storm that hit the territory of this Central American nation.  The president, together with the Minister of Defense, José Manuel Zelaya and the head of the Permanent Contingency Commission (Copeco), Ramón Soto, began her tour of the shelters in Valle de Sula, where she interacted with families staying at the La Lima shelter.

She then toured the department of Santa Bárbara and visited several of the most damaged areas in that region, while in the area of Tencoa he was updated on the repair work being carried out on the bridge that connects several municipalities of Santa Bárbara.  The Honduran president also reviewed the state of the bridges over the Ulúa and Aragua rivers.