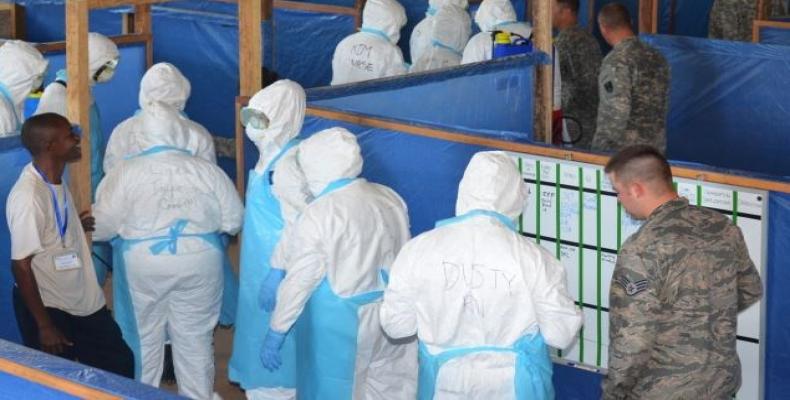 Geneva, November 8 (RHC)-- The World Health Organization has announced a decline in new Ebola cases and some progress against the disease, with the death toll approaching 5,000 in West Africa. The UN agency said in a statement on Friday: "Case incidence is declining in some districts in Guinea, Liberia and Sierra Leone, while steep rises persist in other districts."

The WHO said that more than 4,960 people have died of Ebola, mostly in the three African countries worst-hit by the outbreak. It added that over 13,200 cases of Ebola have been reported in the West African states.

In a separate statement, the UN special envoy on Ebola, David Nabarro, said he was optimistic that the epidemic would end in 2015.

Ebola is a form of hemorrhagic fever with symptoms such as diarrhea, vomiting, and bleeding. It spreads through direct contact with infected blood, feces or sweat. The virus can also be spread through sexual contact or the unprotected handling of contaminated corpses.

Observers note that the media hype over Ebola comes at a time when tens of thousands of people in Africa and other parts of the Third World die every day from hunger and preventable diseases.