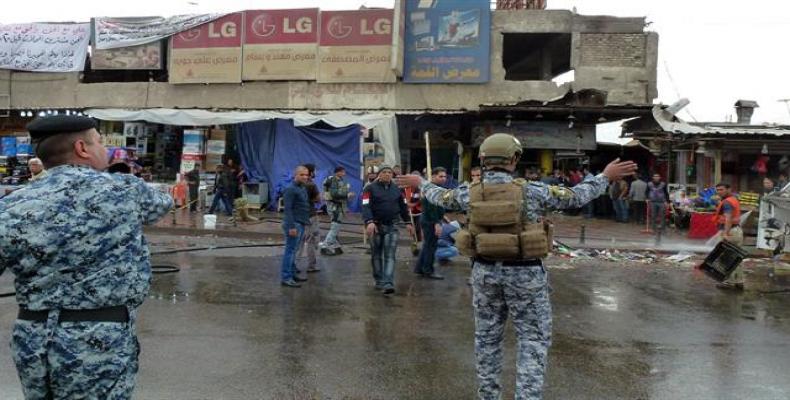 Baghdad, March 12 (RHC)-- At least 17 people have lost their lives in the latest spate of terror attacks in and around the Iraqi capital city of Baghdad. According to Iraqi police and medical sources, the deadliest attack on Wednesday occurred when a car bomb went off in the Hurriya district of Baghdad, leaving nine dead and 30 others injured.

In another bombing near a parking lot in al-Obeidi neighborhood east of Baghdad, two people were killed and seven wounded. And police patrol near Zeidan, west of the capital, stuck a roadside bomb while another exploded in Taji to the north. The blasts left four people dead.

There was no immediate claim of responsibility for the attacks. However, Iraqi officials usually blame such assaults on the ISIL Takfiri terrorists.

According to the UN Assistance Mission for Iraq (UNAMI), a total of 1,103 Iraqis lost their lives last month, while 2,280 others were injured as a result of attacks in the country.

A large portion of the casualties was recorded in Baghdad Province, where 329 civilians were killed and 875 others wounded. The ISIL terror group now controls parts of Iraq and neighboring Syria.