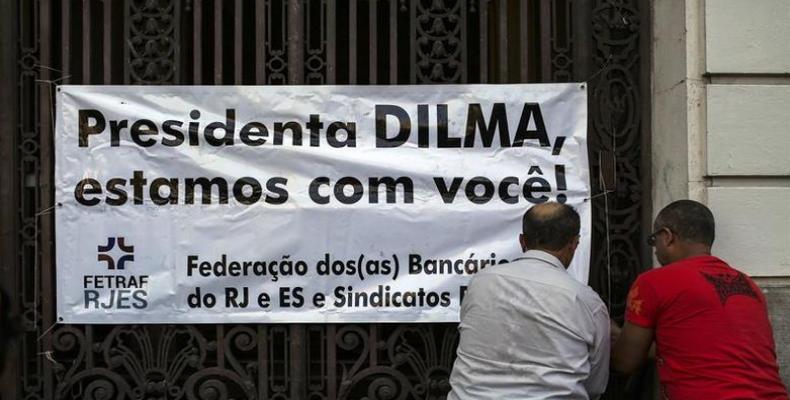 Brasilia, May 26 (RHC)-- A second major leak has hit the political scene in Brazil, revealing that the head of the Senate, Renan Calheiros, planned to negotiate with the Supreme Court about removing suspended President Dilma Rousseff from office while also scheming to change laws governing investigations into corruption.

In the leaked recording reported by the Brazilian daily Folha de Sao Paulo, Calheiros is heard telling Sergio Machado that all politicians are “afraid” of the corruption investigation, consisting of a series of probes revolving around fraud and bribery in the state oil company Petrobras.

Calheiros is caught on tape saying he wants to change the plea bargain rules, a cornerstone of the investigations, as a way to halt the anti-corruption campaign.

The Senate president, a member of unelected interim President Michel Temer’s PMDB party, and Machado, former president of the state oil company Transpetro, a subsidiary of Petrobas, are both targets of the criminal investigation.

Rousseff was suspended from office for 180 days on May 12 through a Senate vote to make her stand trial over allegations of budget manipulations. Interim President Michel Temer will be installed in Brazil’s highest office until 2018 if the impeachment is ultimately approved.