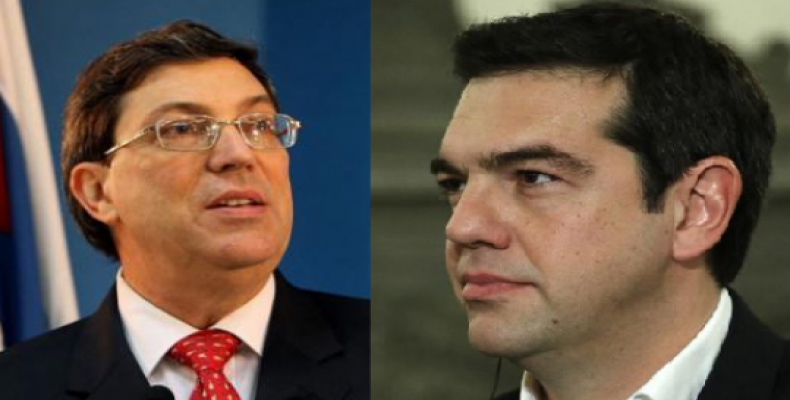 Athens, April 22 (RHC)-- Cuban Foreign Minister Bruno Rodriguez is in Athens, where he met with Greek Prime Minister Alexi Tsipras.  The Cuban official gave Tsipras an invitation from President Raul Castro to make an official visit to the island.

The Cuban foreign minister earlier met with the head of the Greek parliament, Níkos Vouutsis, and reaffirmed the historic ties of friendship between our two peoples and the desire to consolidate legislative exchanges.

The top Cuban diplomat also held talks with his counterpart from Greece, Níkos Kótzias, with whom he addressed issues of bilateral and international interest.