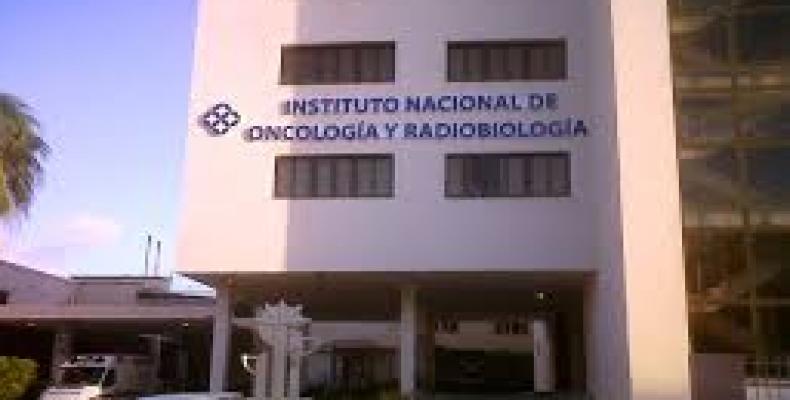 Havana, August 5 (RHC-PL)-- For the first time in Cuba, a new surgical technique has been applied successfully to a patient with breast cancer. According to this morning's edition of the daily Granma, the operation -- which marks a milestone in the history of Cuban medicine -- took place at the National Institute of Oncology and Radiobiology.

Doctor Luis Eduardo Martín, head of the Mastology Service of the institute, told reporters that a multidisciplinary team achieved the unification of a series of surgical techniques in a 38-year-old patient, diagnosed with breast cancer.

He said that the technique consists in combining several procedures: a biopsy by freezing taken from the affected area; biopsy of the so-called sentinel lymph node; intraoperative radiation therapy; and a bilateral mastoplasty, which allows breast reconstruction with optimal symmetry.

The doctor explained that while breast reconstruction surgery using autologous tissue -- which is tissue transplanted from the patient herself -- was already being applied in Cuba, and radiation therapy during the operation had also recently been performed. And he said that what is new now is bringing together all these techniques under a single surgery.

The challenge is two-fold, according to Dr. Martín -- teaching the new technique and access to state-of-the-art technology. And he said that he is hopeful that this service can be extended to other centers in the capital and the country.

The doctor recalled that despite the economic, commercial and financial blockade imposed by the United States on Cuba more than half a century ago, authorities on the Caribbean island have activated a program for the early diagnosis of breast cancer.

And the head of the Mastology Service of the National Institute of Oncology and Radiobiology said that Cuba has also acquired new technological equipment, expensive but indispensable for our national health system.