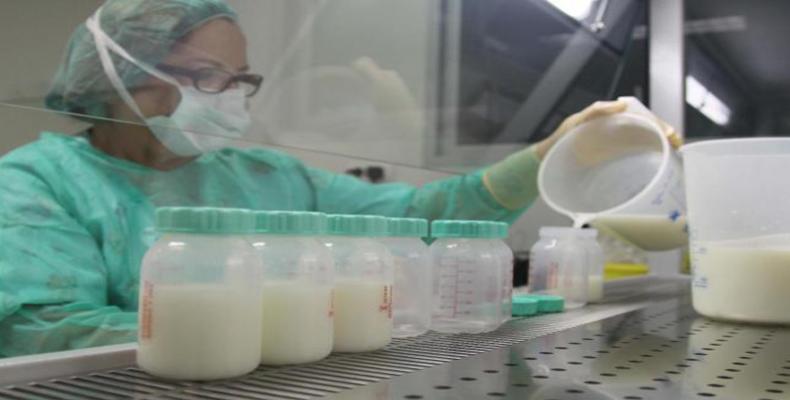 Doctor Roque made that statement in Santa Clara,  where he attended the inauguration of the 11th bank of this type, which are designed to assure the availability of human milk for newborns in need of that vital food.

According to Granma newspaper, the Public Health Ministry official stressed the importance of that service which, according to estimates, benefitted some 3,000 newborns in 2018.

The facilitates are properly equipped for the collecting, processing and control of breast milk -- a fundamental product for the healthy development of newborns.  Milk banks only recruit healthy mothers with babies under six months old who are not yet weaned.

Regarding the newly inaugurated center in Villa Clara, located at the Mariana Grajales Maternity Hospital, Doctor Odalys Rodriguez Martinez, from the United Nations Children´s Fund (UNICEF), said that it was one of the best and most comfortable of the world.

Breast milk contains nutrients and antibodies that are essential for babies’ development, particularly for those born prematurely. When these babies cannot be breastfed by their mothers, pasteurized donor human milk from a milk bank is the next-best solution.