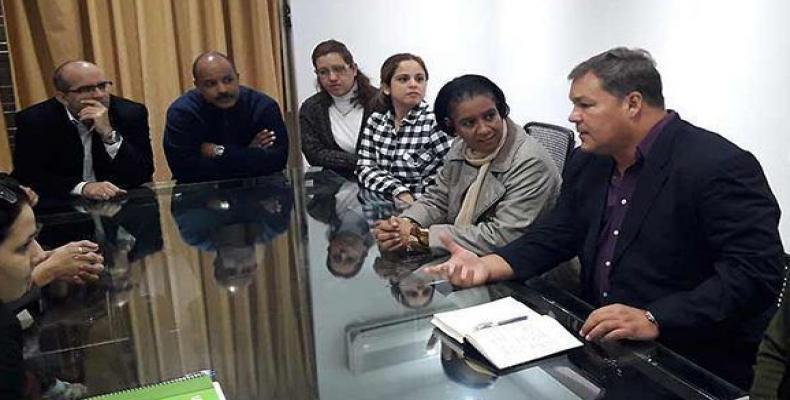 Buenos Aires, August 28 (RHC)-- In Buenos Aires, Cuban hero Ramon Labañino thanked Argentineans who climbed the Aconcagua, the highest mountain in the Americas, to express solidarity with Cuba and demand freedom for the Cuban Five.

Labañino, one of the five anti-terrorist fighters who were imprisoned in the United States for infiltrating violent groups, acknowledged the feat of those young men, and the global solidarity which influenced their release.

In 2010, three activists climbed to the top of Aconcagua to plant a flag calling for the release of Ramon Labañino, René Gonzalez, Gerardo Hernandez, Fernando Gonzalez and Antonio Guerrero, who were in U.S. prisons for defending Cuba from terrorist actions.

In the context of his working visit to Argentina as vice president of the National Association of Economists and Accountants of Cuba, Ramon Labañino also thanked the Argentinean people for supporting Cuba in the struggle against the economic, commercial and financial blockade imposed by the United States.