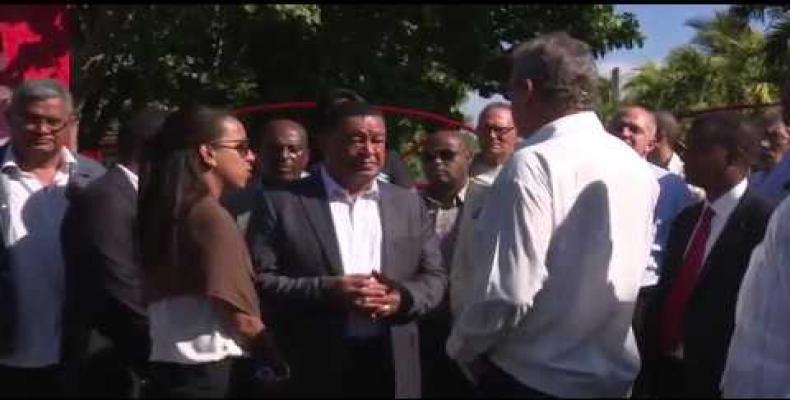 Accompanied by Cuban Agriculture Minister Gustavo Rodríguez, the African head of state learned about the Siboney de Cuba --a hybrid breed of cattle with high survival rates in harsh environments.

Founded 25 years ago, the facility specializes in cattle and sheep semen collection, freezing, use and commercialization for artificial insemination.

The Ethiopian leader took the opportunity to thank Cuba for its cooperation with his country in this field since the late 1970s. He stressed that the aim of his visit is to further strengthen cooperation relations for the benefit of both countries and peoples.

According to the Cuban Foreign Ministry, cooperation ties between Ethiopia and Cuba focus mainly on health and agriculture, though new opportunities are being assessed in education and biotechnology.