Cuban Workers Congress: The Need for Unity of Unions and Managers 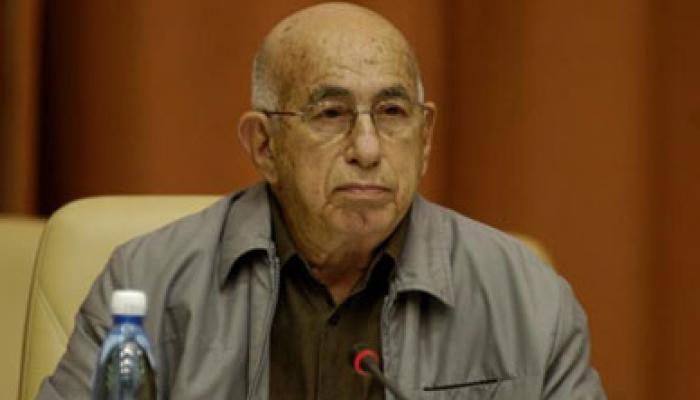 Cuban Vice President Jose Ramon Machado Ventura defended the necessary unity of unions and managers in every work center when they have to report to workers.
Machado addressed the Commission on economic efficiency, one of the panels underway at the 20th Congress of the Cuban Workers’ Confederation, which concludes on Saturday.
Along with the duty of demanding from the managers, the unions must also interact in order to hold better assemblies of their members, where they analyze issues and contribute to increase productivity, said Machado Ventura as he noted that the unions and the managers have as their common objective the improvement and increase of production.
The economic efficiency commission focused on the commitment of workers to the production of goods and services and on the implementation of programs aimed at improving the Cuban economic model.
Meanwhile, the need to change the current mindset in the country and to achieve more attractive methods to politically and ideologically prepare young people was addressed by the commission related to these issues, in the presence of First Vice President Miguel Diaz-Canel.
Delegates addressed issues like the role of the media in mirroring the oustanding performance of Cuban workers, the need to increase support of young workers and to train union leaders.
The delegates also favored the improvement of union organizations and at the same time keep defending the rights of the workers.
The Commission in charge of analyzing the support and attention to workers and the challenges posed by new non-state labor modalities considered the concerns issued by the delegates, which included the appropriate use of material resources, the workers’ commitment to their labor activity and ways to encourage production.
Sugar cane workers spoke their minds about different problems affecting the sector, such as the lack of resources and will to meet the goals, inappropriate management of sugar cane varieties and land preparation for the planting season.
Participants also held a rich debate regarding the new non-State labor modalities and the unionization of private workers.
Ricardo Veranes, a member of a construction cooperative in eastern Santiago de Cuba province, said that new labor modality is expected to contribute financial resources to the State budget without generating costs or becoming a burden, goals that can be achieved with high production, discipline and good quality.
Domestic Trade Minister Barbara Acosta said that some 270 cooperatives are currently operating in non-agricultural sectors.
The fight on illegalities in the non-state sector was also at the center of debates as Osmel Ramirez from western Matanzas province said while there are workers who pay their taxes, others who are led by illegalities. He stressed the duty of inspectors in fighting these actions and said that many a time, some inspectors lack professionalism.
At the center of concern was also the lack of wholesale markets in many areas and the need for managers and leaders to really listen to criteria issued by the workers.
Other aspects on the spotlight of the commission included the need to foster a tax-paying culture, financial control and training actions that help  different trades.
photos: