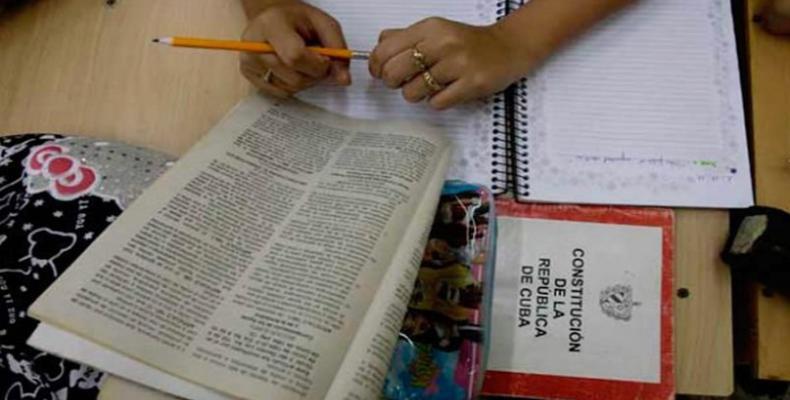 Havana, September 17 (RHC)-- Cuba's constitutional reform process has entered its sixth week of debates in work centers, neighborhoods, military institutions and other entities across the island.

Some of the most controversial issues being discussed in the draft proposal for the country's new Magna Carta are opportunities for Cubans to invest in the country, presidential age limit and same-sex marriage.

Other important topics include euthanasia, combating corruption, and rights and obligations linked to employment.

When the process concludes on November 15, the commission responsible for drawing up the document will submit an amended version to the National Assembly for approval, before it is put to a popular referendum.