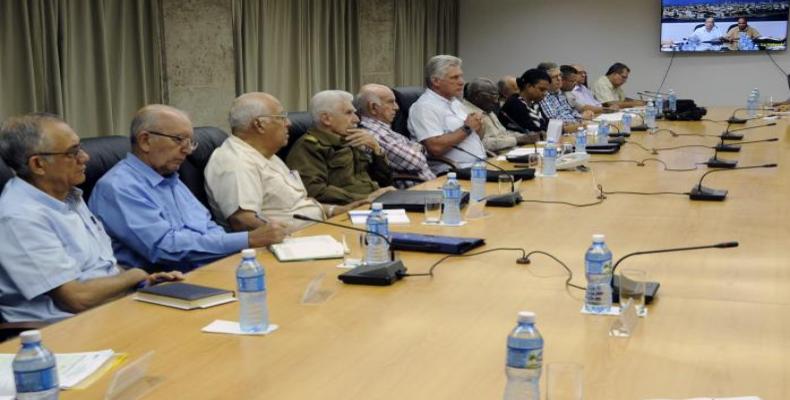 Havana, October 9 (RHC)—Cuban president Miguel Diaz-Canel led a meeting on Monday that evaluated the situation of the five western provinces and the special municipality of the Isle of Youth threatened by Hurricane Michael.

At the encounter, held through video conference, the president was informed that all territories have adopted the measures corresponding to the stage they are at, safeguarding citizens residing in zones vulnerable to flash floods, and protecting economic resources.

Díaz-Canel urged citizens to keep abreast and to comply with all measures adopted.

Major General Ramón Pardo, Chief of the National General Staff of Civil Defense, stressed that Pinar del Rio province and the Isle of Youth were declared in Hurricane Warning stage due to the dangerous approach of Hurricane Michael, and a hurricane watch alert is in effect for the provinces of Artemisa, Havana, Mayabeque and Matanzas.

The Hurricane battered Pinar del Rio and the Isle of Youth with strong winds and heavy rains as it whipped through the Yucatan Channel.

Forecasters say Michael will strengthen into a major hurricane by late Tuesday as it continues towards the state of Florida.